The Sri Lankan Civil War was a conflict fought on the island of Sri Lanka. Beginning on July 23, 1983, there was an on-and-off insurgency against the government by the Liberation Tigers of Tamil Eelam (the LTTE, also known as the Tamil Tigers), a separatist militant organization which fought to create an independent Tamil state named Tamil Eelam in the north and the east of the island.
For over 25 years, the insurgency caused significant hardships for the population, environment and the economy of the country, with over 80,000 people officially listed as killed during its course. The tactics employed by the Liberation Tigers of Tamil Eelam resulted in them being branded as a terrorist organization in 32 countries, including the United States, India, Australia, Canada and the member nations of the European Union.
After two decades of fighting and three failed attempts at peace talks, including the unsuccessful deployment of the Indian Army, the Indian Peace Keeping Force from 1987 to 1990, a lasting negotiated settlement to the conflict appeared possible when a cease-fire was declared in December 2001, and a ceasefire agreement signed with international mediation in 2002, However, limited hostilities renewed in late 2005 and the conflict began to escalate until the government launched a number of major military offensives against the LTTE beginning in July 2006, driving the LTTE out of the entire Eastern province of the island.

In 2007, the government shifted its offensive to the north of the country, and formally announced its withdrawal from the ceasefire agreement on January 2, 2008, alleging that the LTTE violated the agreement over 10,000 times. Since then, aided by the destruction of a number of large arms smuggling vessels that belonged to the LTTE,and an international crackdown on the funding for the Tamil Tigers, the government took control of the entire area previously controlled by the Tamil Tigers, including their de-facto capital Kilinochchi, main military base Mullaitivu and the entire A9 highway, leading the LTTE to finally admit defeat on May 17, 2009. 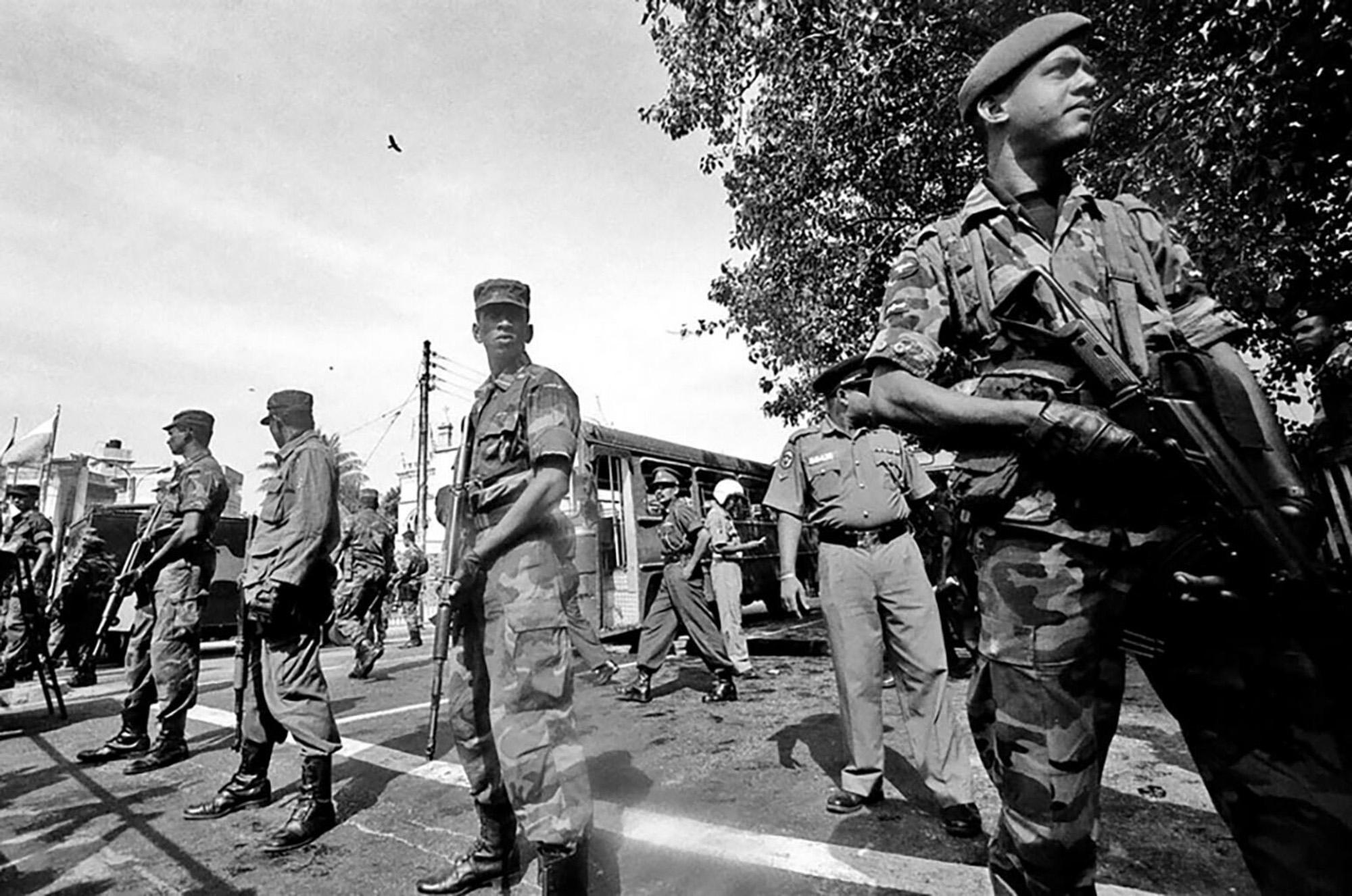 SLA (Sri Lanka army) soldiers guarding the site of a bus bombing, 4 people were killed and 20 injured, the attack, allegedly happened by the LTTE, in the capital Colombo. 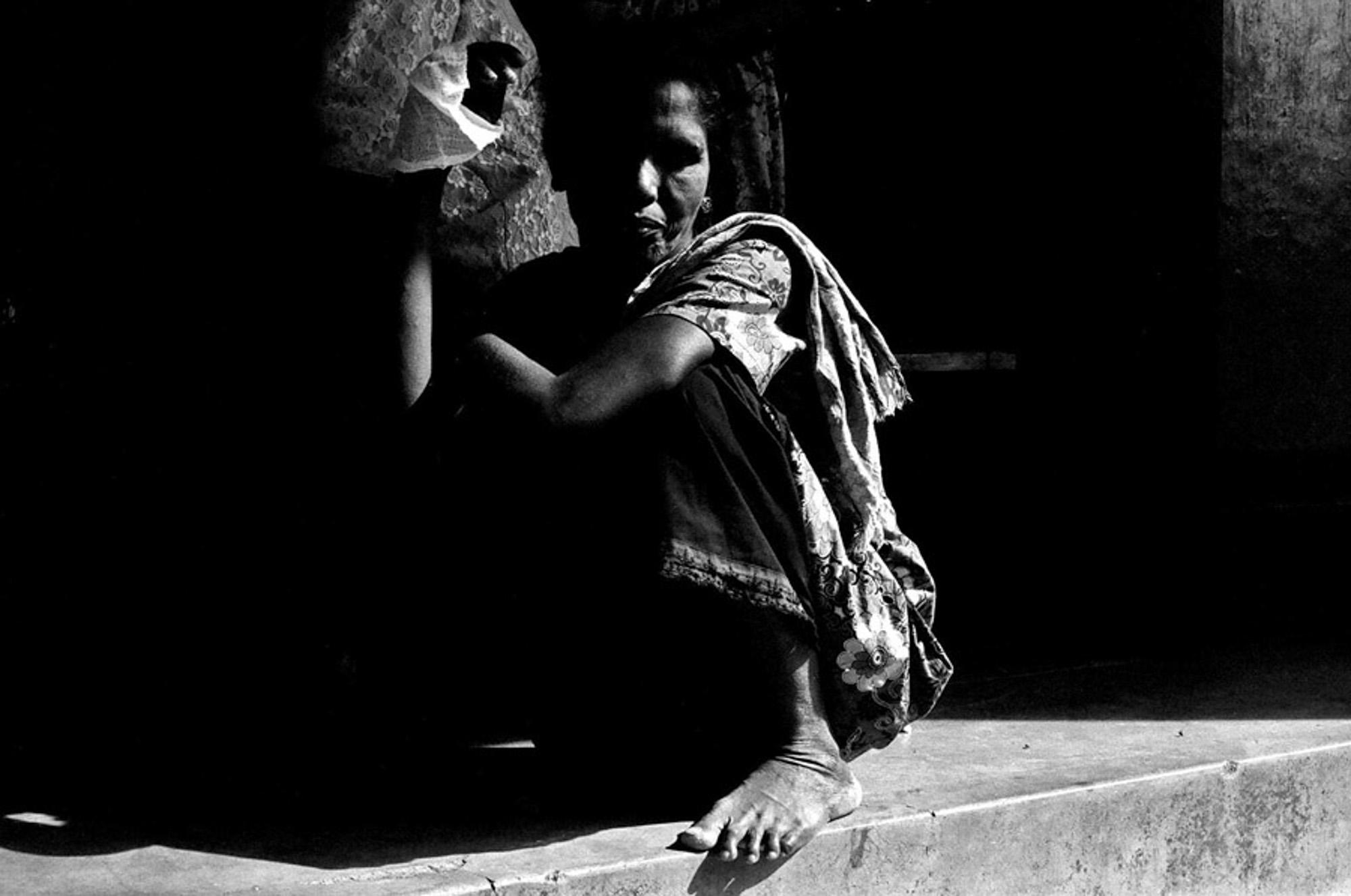 A Tamil woman who as injured from bombing by SLA fighter jets  in Mullativu (an LTTE controlled area), reciving  treatment at a government hospital. Vavunia town, North Sri Lanka. 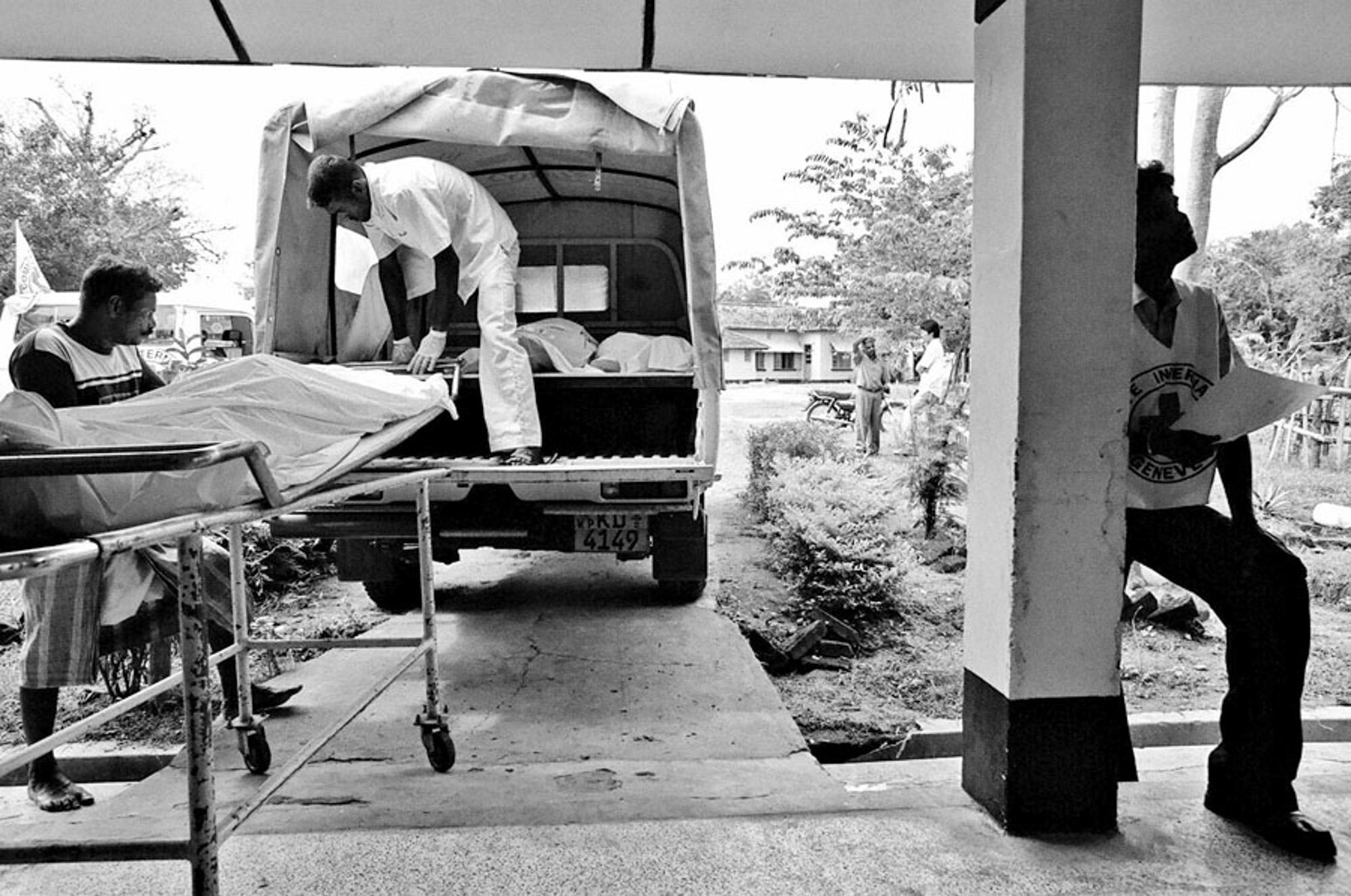 ICRC personal taking 3 LTTE bodies from the government hospital of Vavuina, to Omanthai check point, where the bodies will be delivered to LTTE, Vavuina town.. 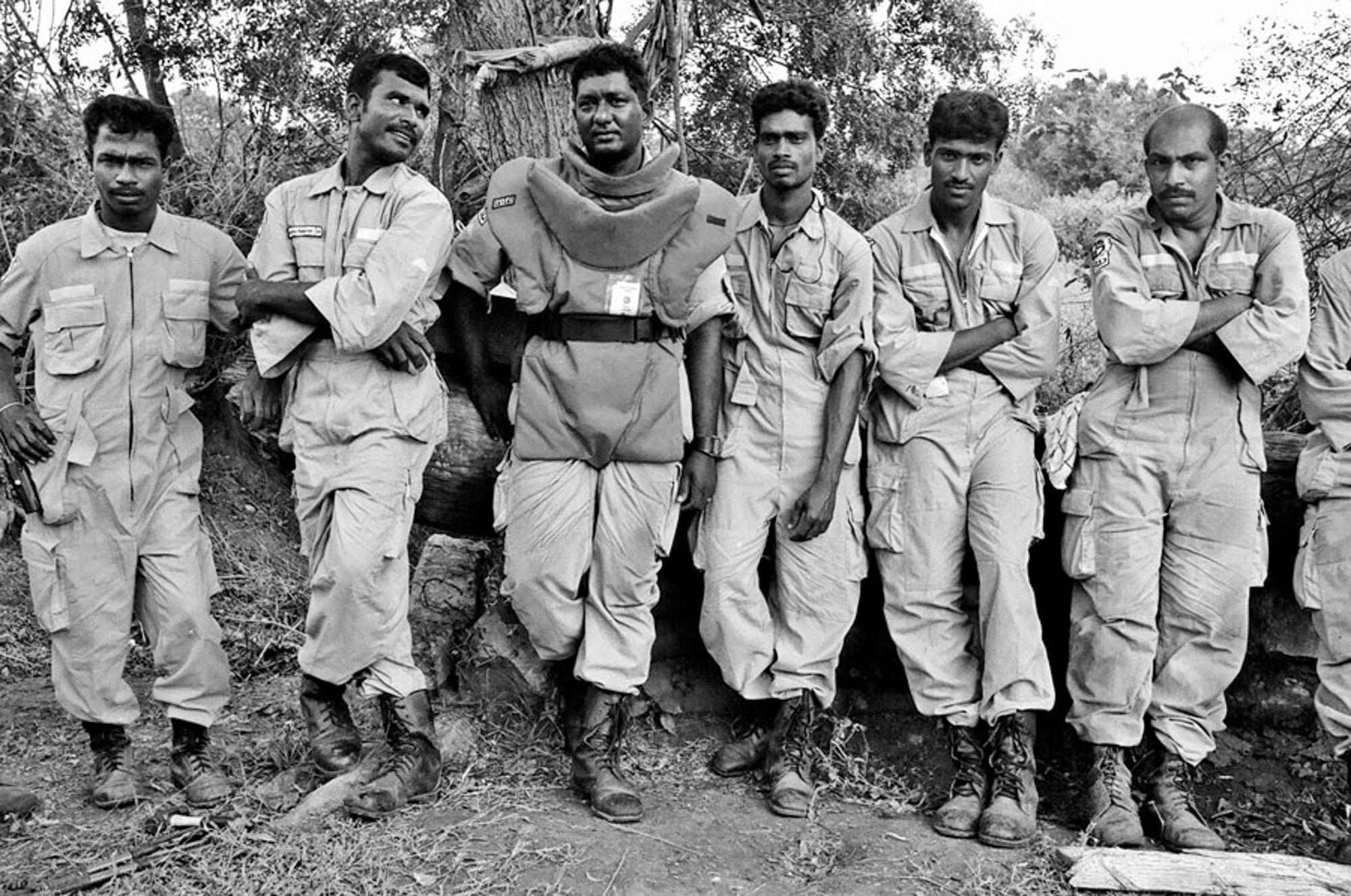 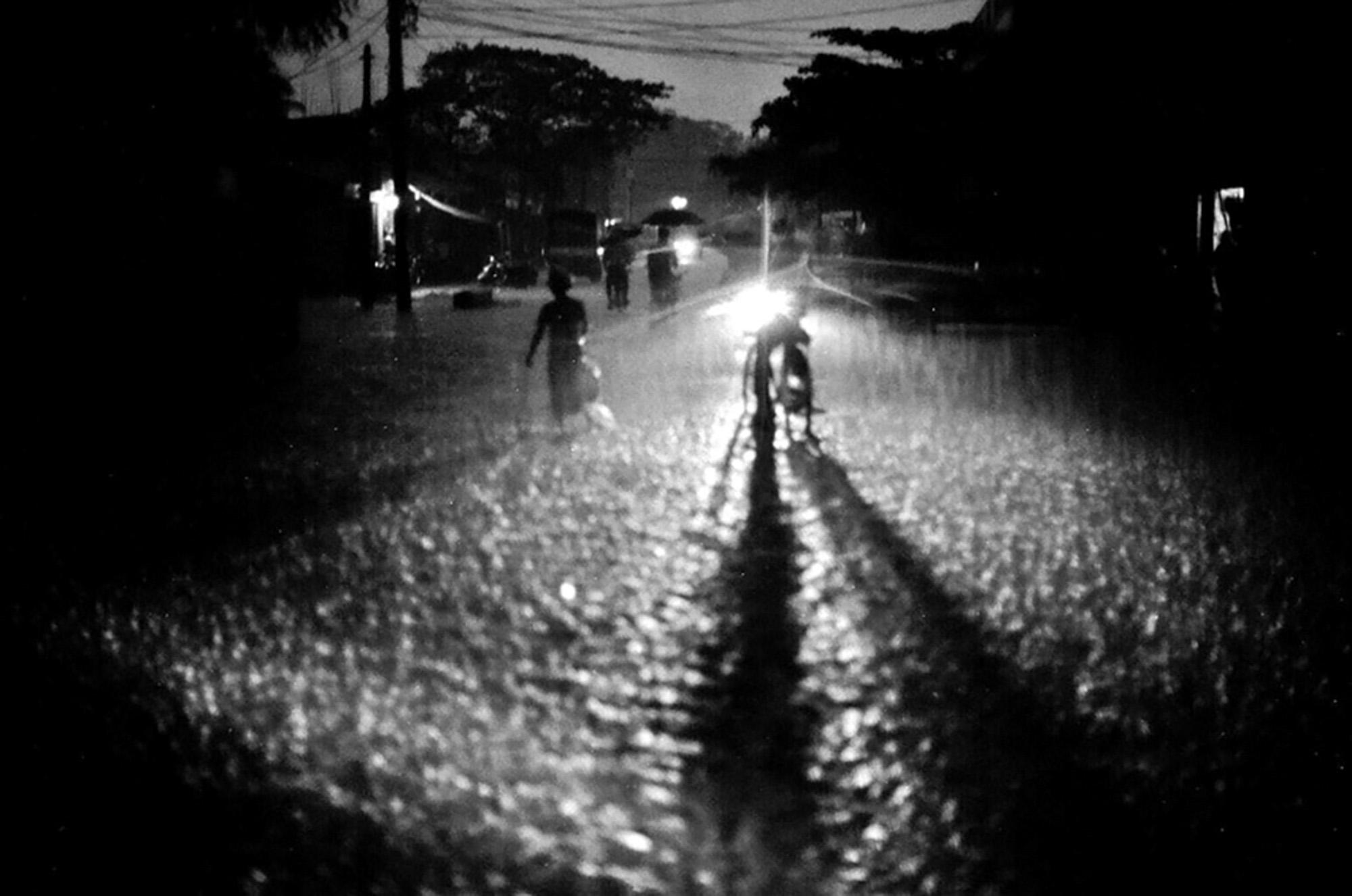 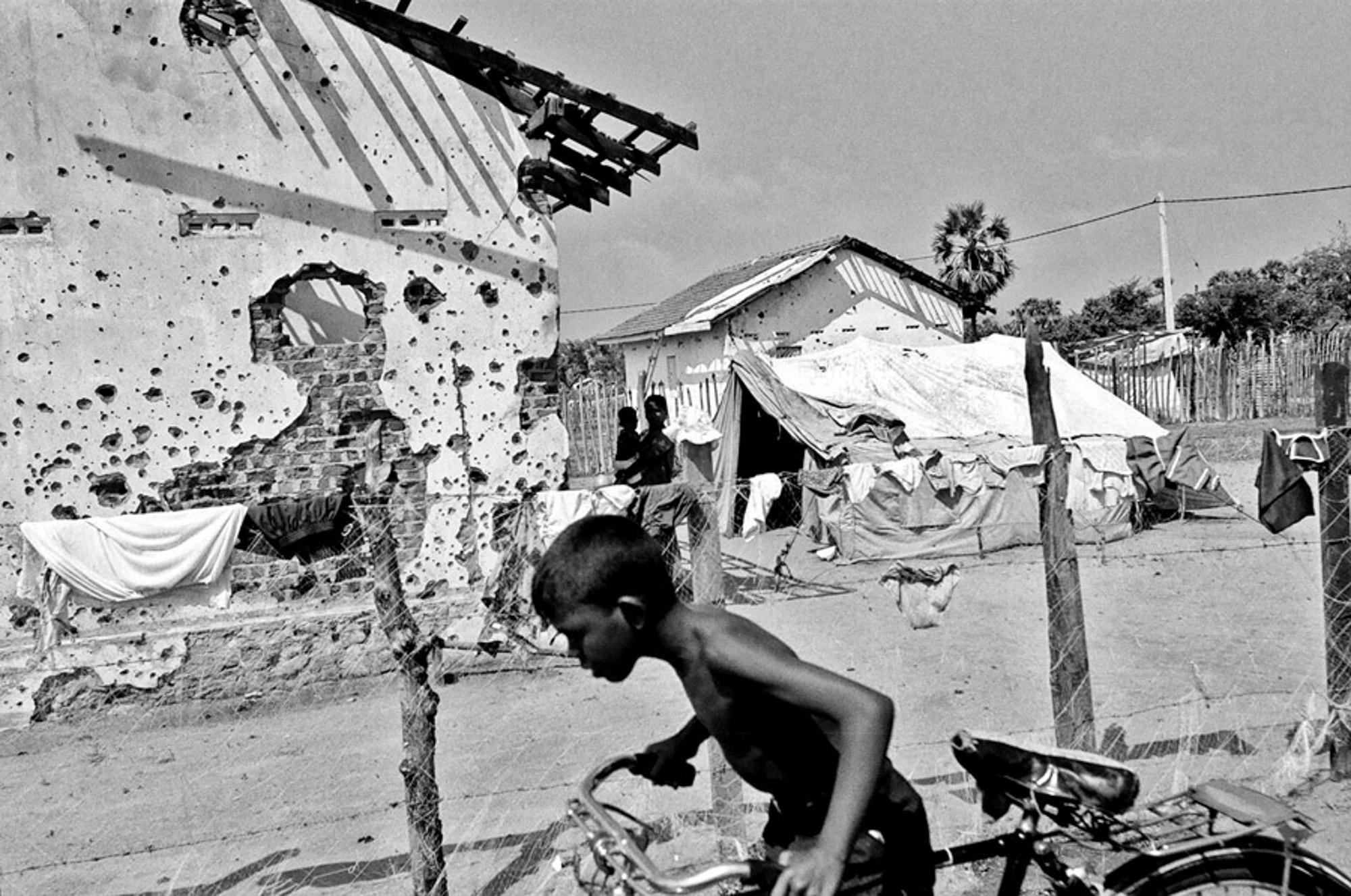 Tamil people at their destroyed home, which was taken by the SLA, East Sri Lanka. 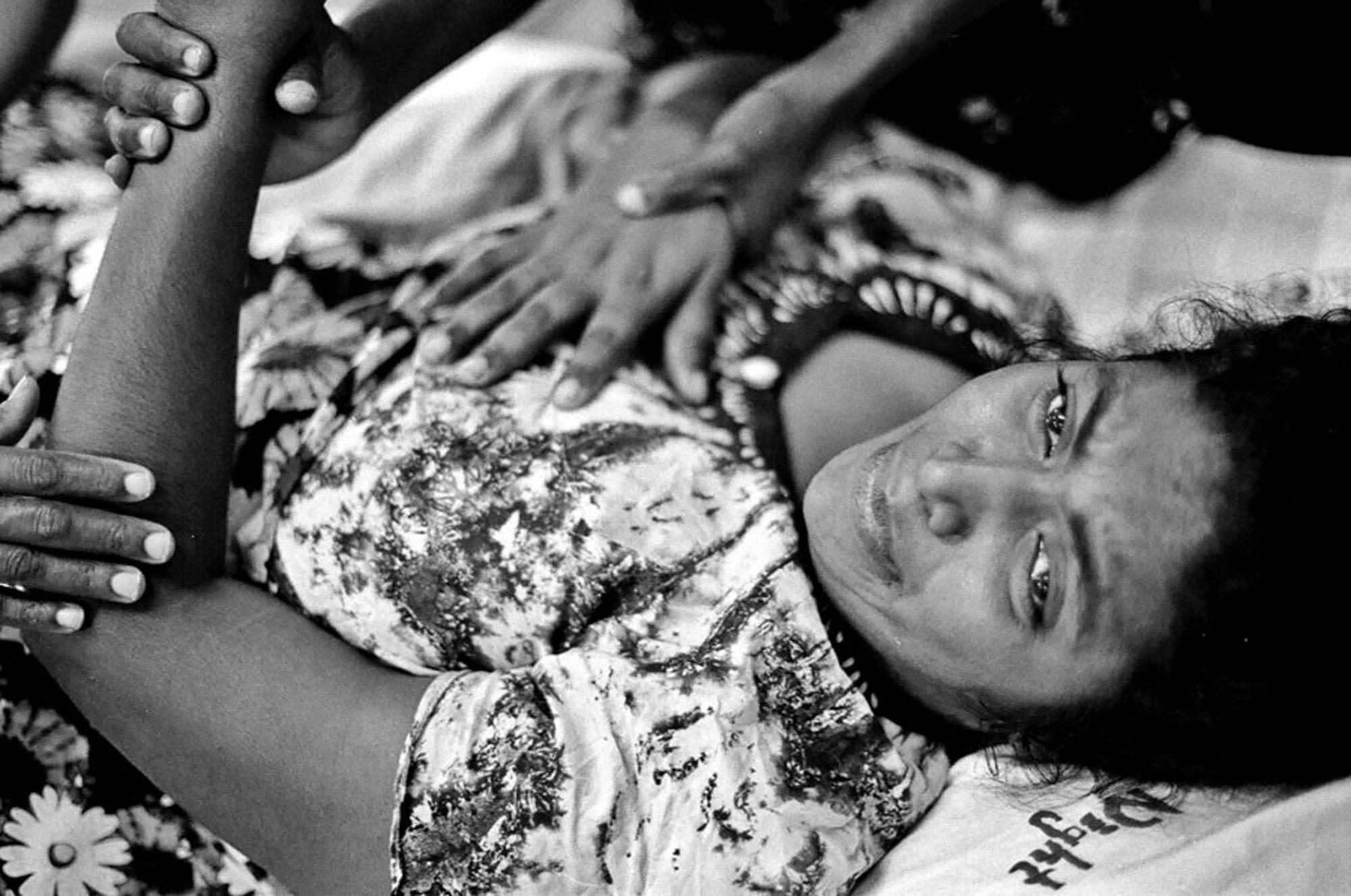 Tamil woman who was injured by a claymore mine explosion at Madhu church (in an LTTE controlled area), reciving  treatment at Vavunia hospital which is under the government control. 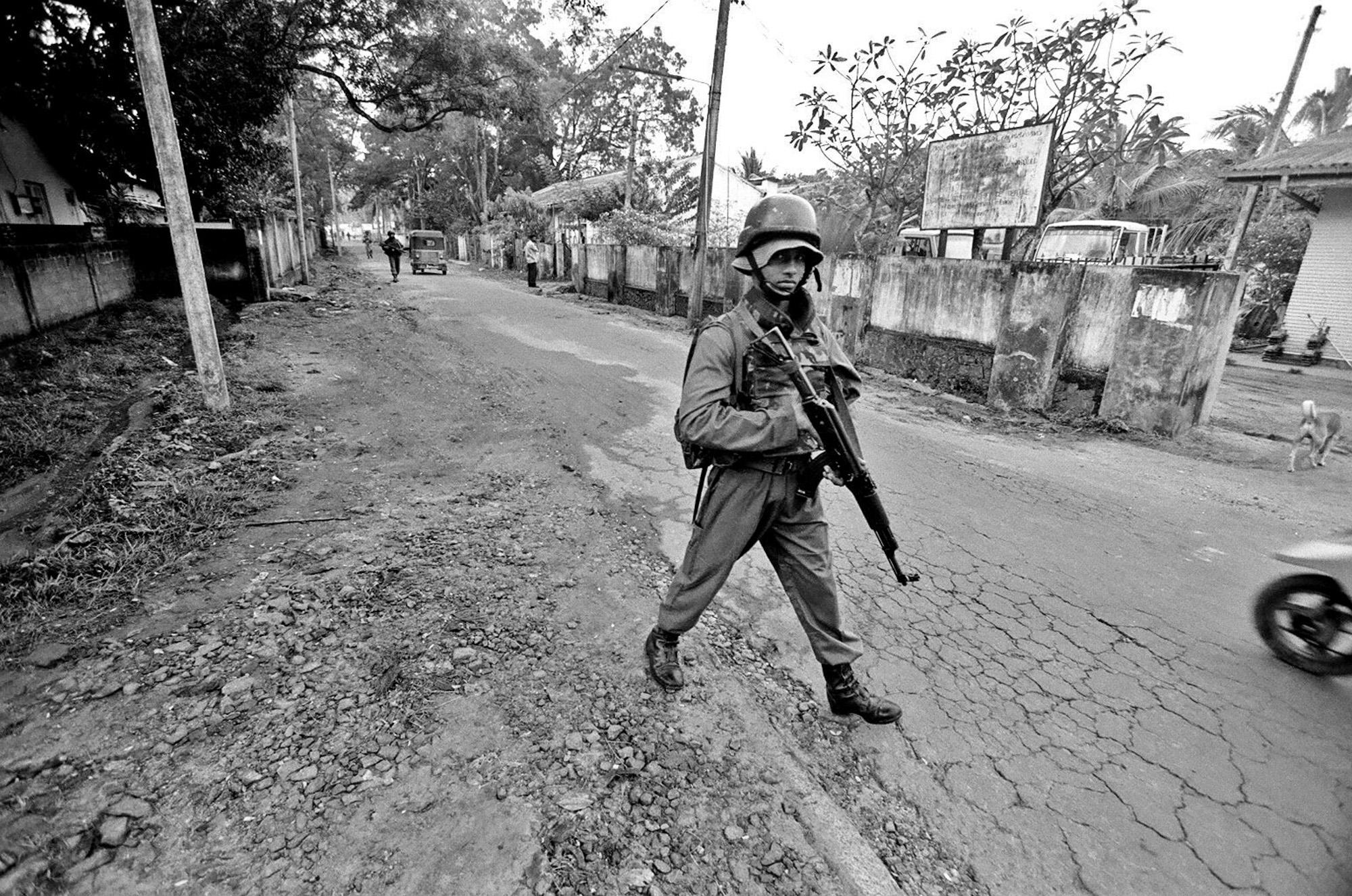 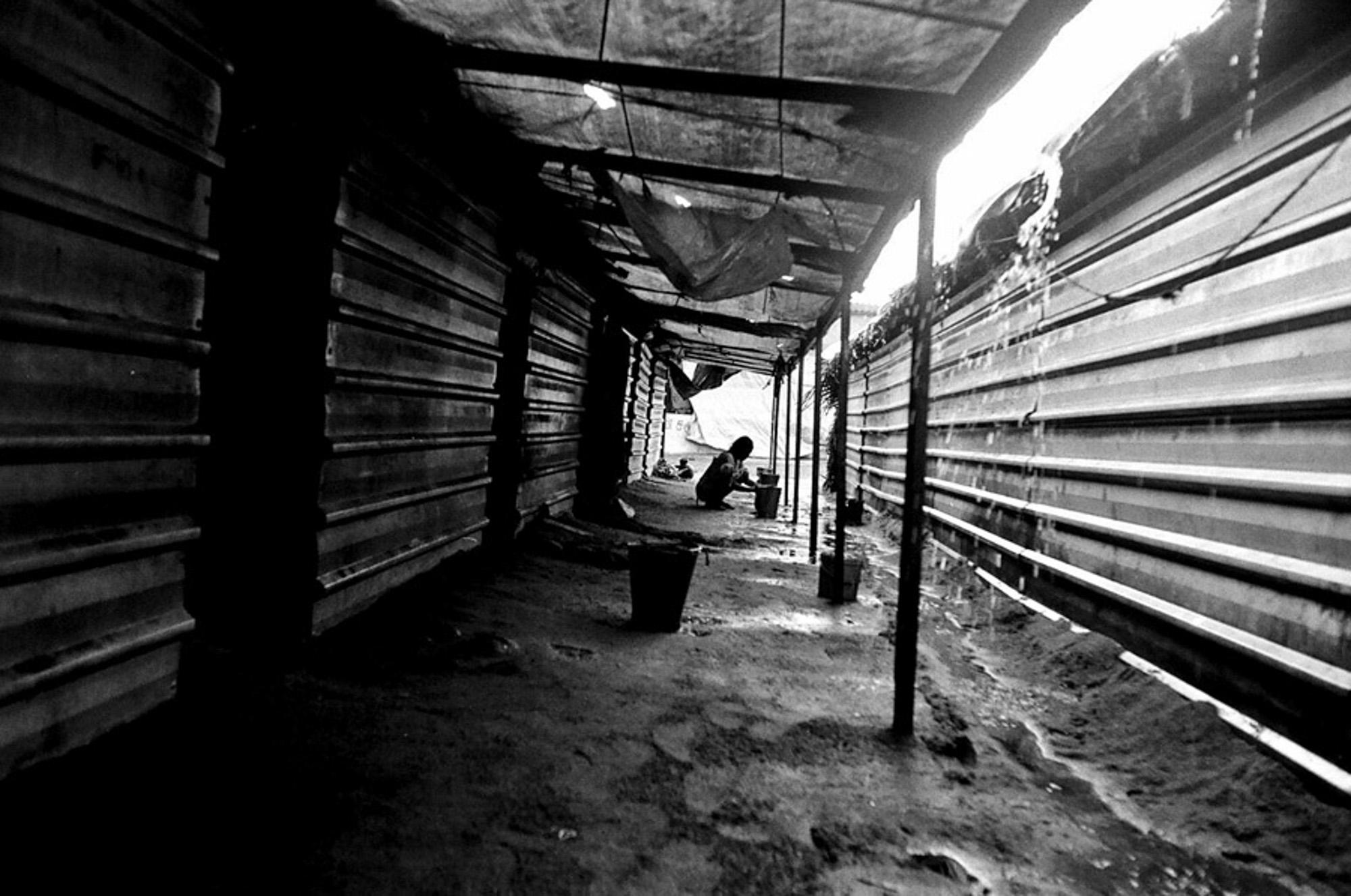 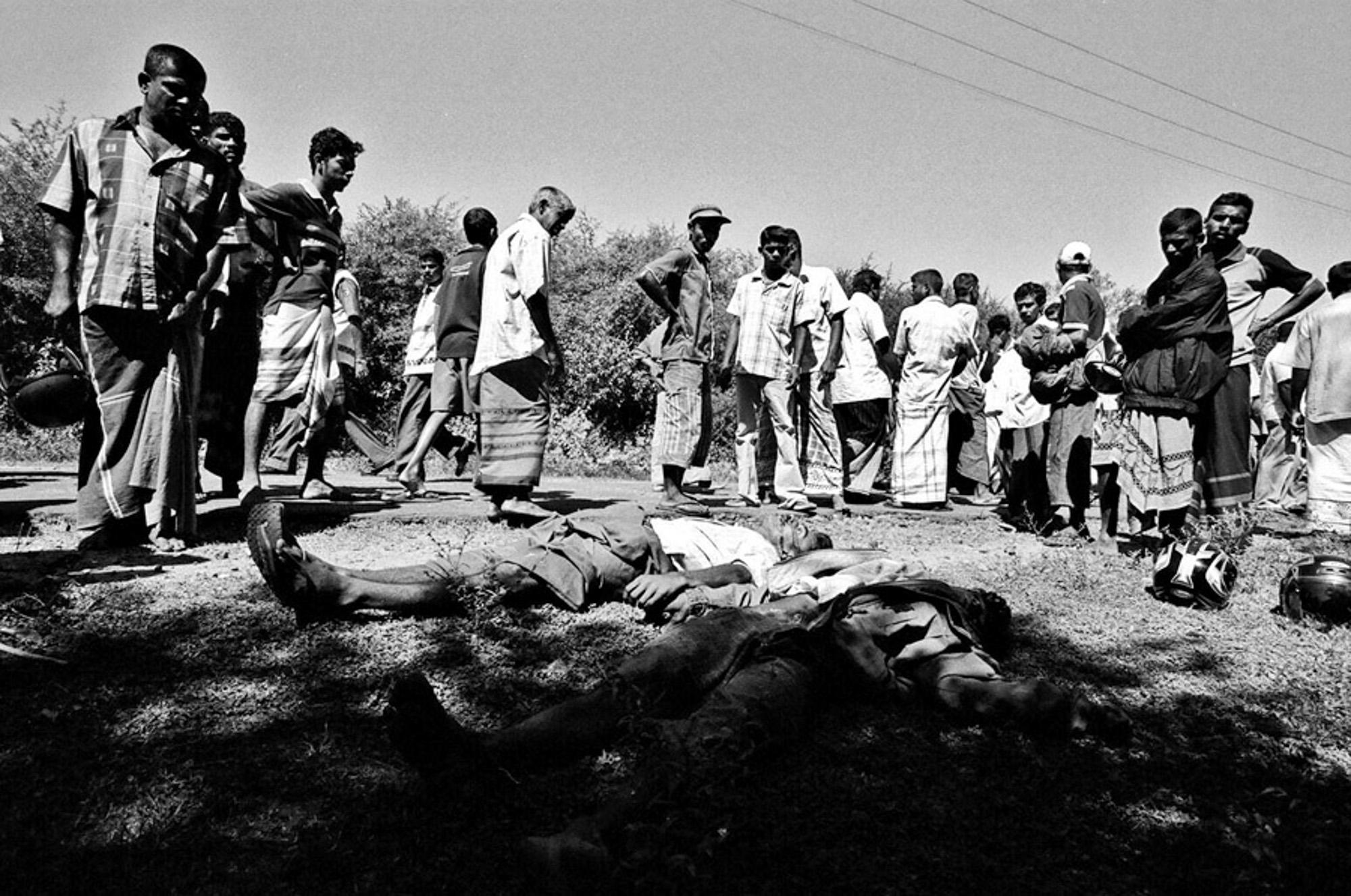 Two bodies of Sinhalese civilians (out of 10) who were killed allegedly by LTTE carders at the village of Galkotukanda, South Sri Lanka. 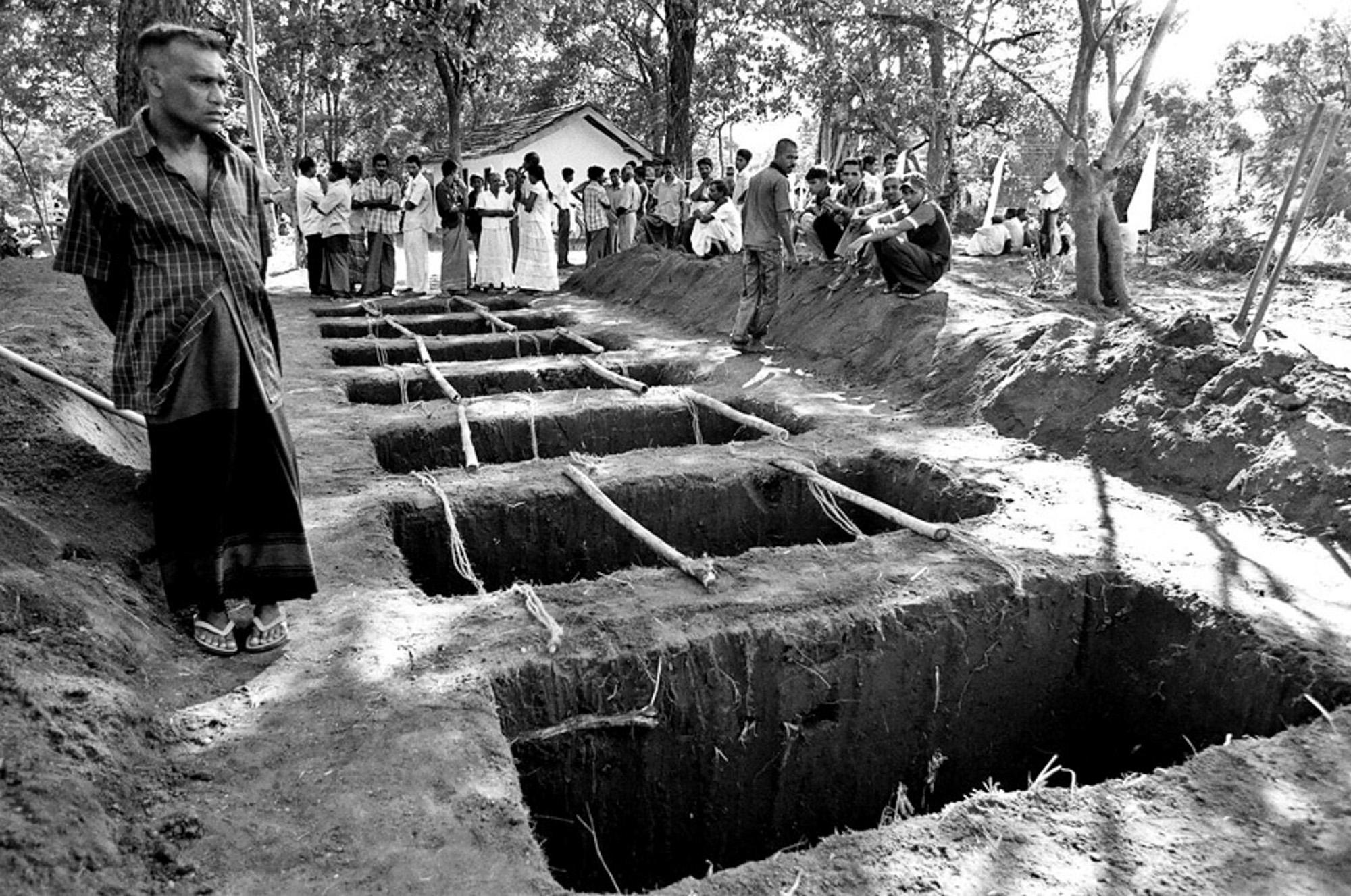 Graves ready for the burial of Sinhalese civilians , who were killed by a roadside claymore mine made allegedly by LTTE carders.  26 people were killed and 63 injured in the attack.
Buttala, South Sri Lanka. 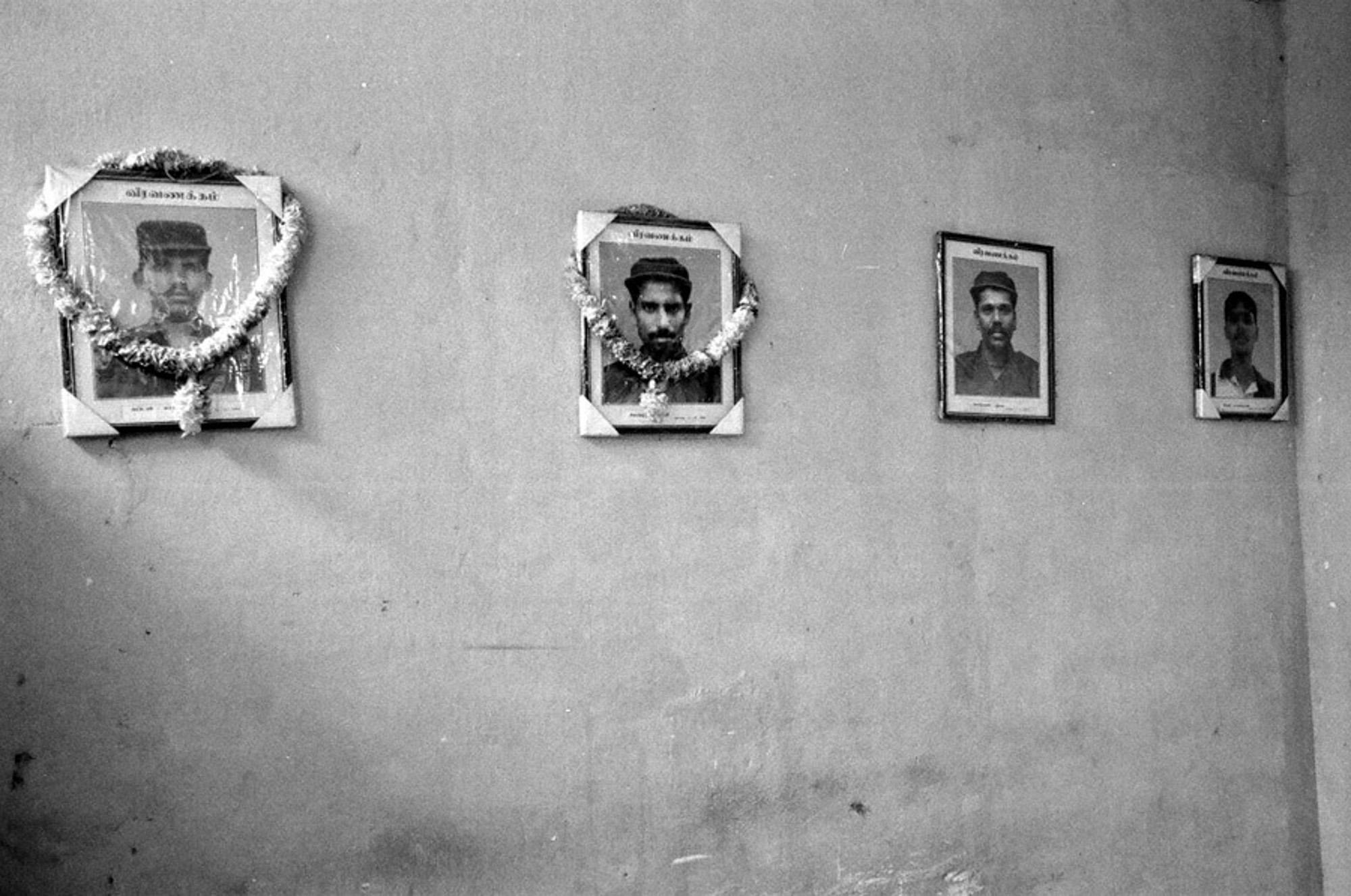 Tamil martyrs pictures, hanging on the wall inside TMVP party, a group that has defected from the LTTE in 2004 and became a political party in 2007, helping the Sri Lanka government fight against the LTTE in eastern parts of Sri Lanka. Batticaloa. 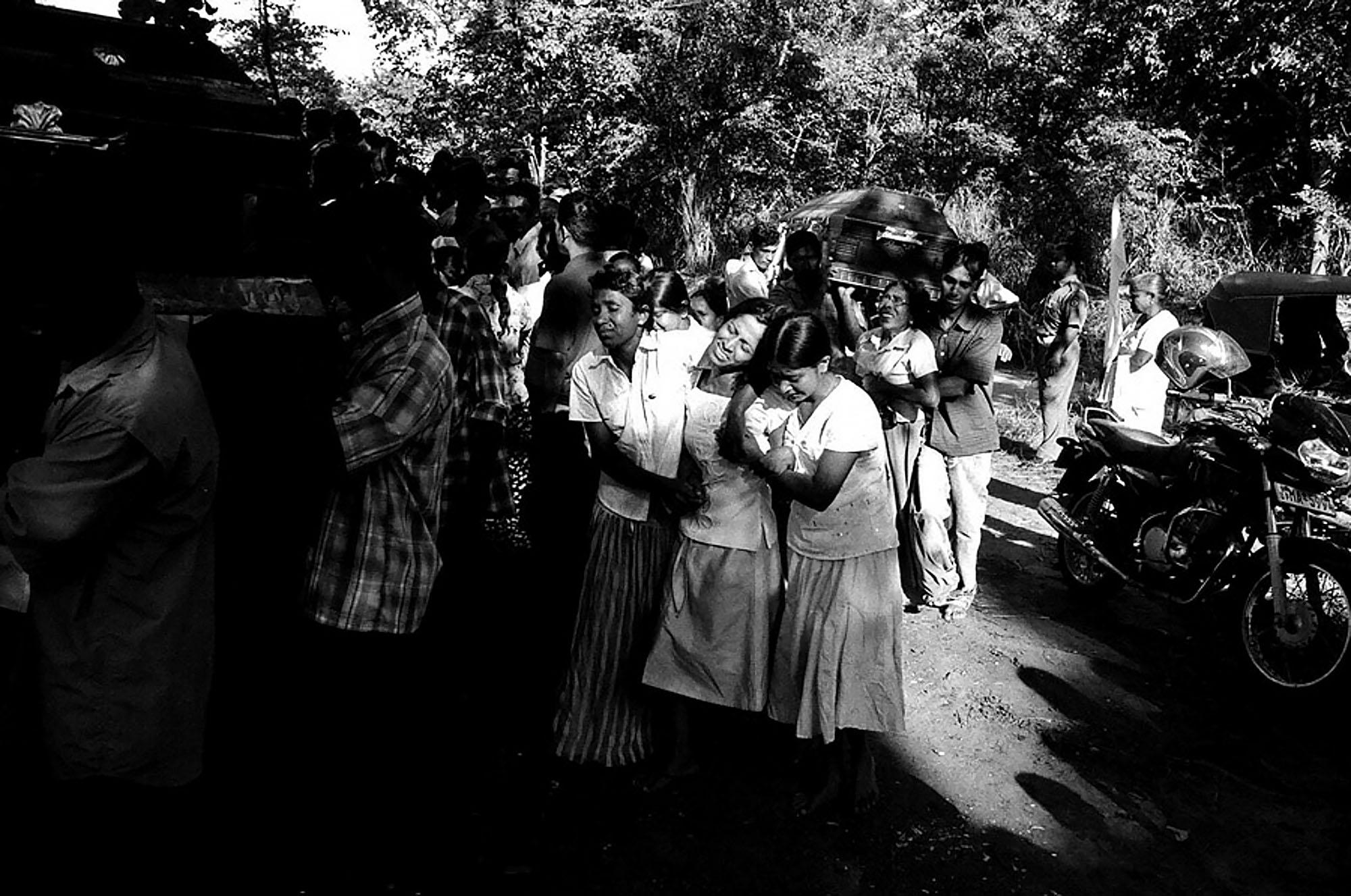 Family members of Sinhalese civilians who were killed by a roadside claymore mine explosion made allegedly by LTTE carders, mourn their loved ones deaths during a mass burial for 26 people killed in the incident.
Buttala, South Sri Lanka 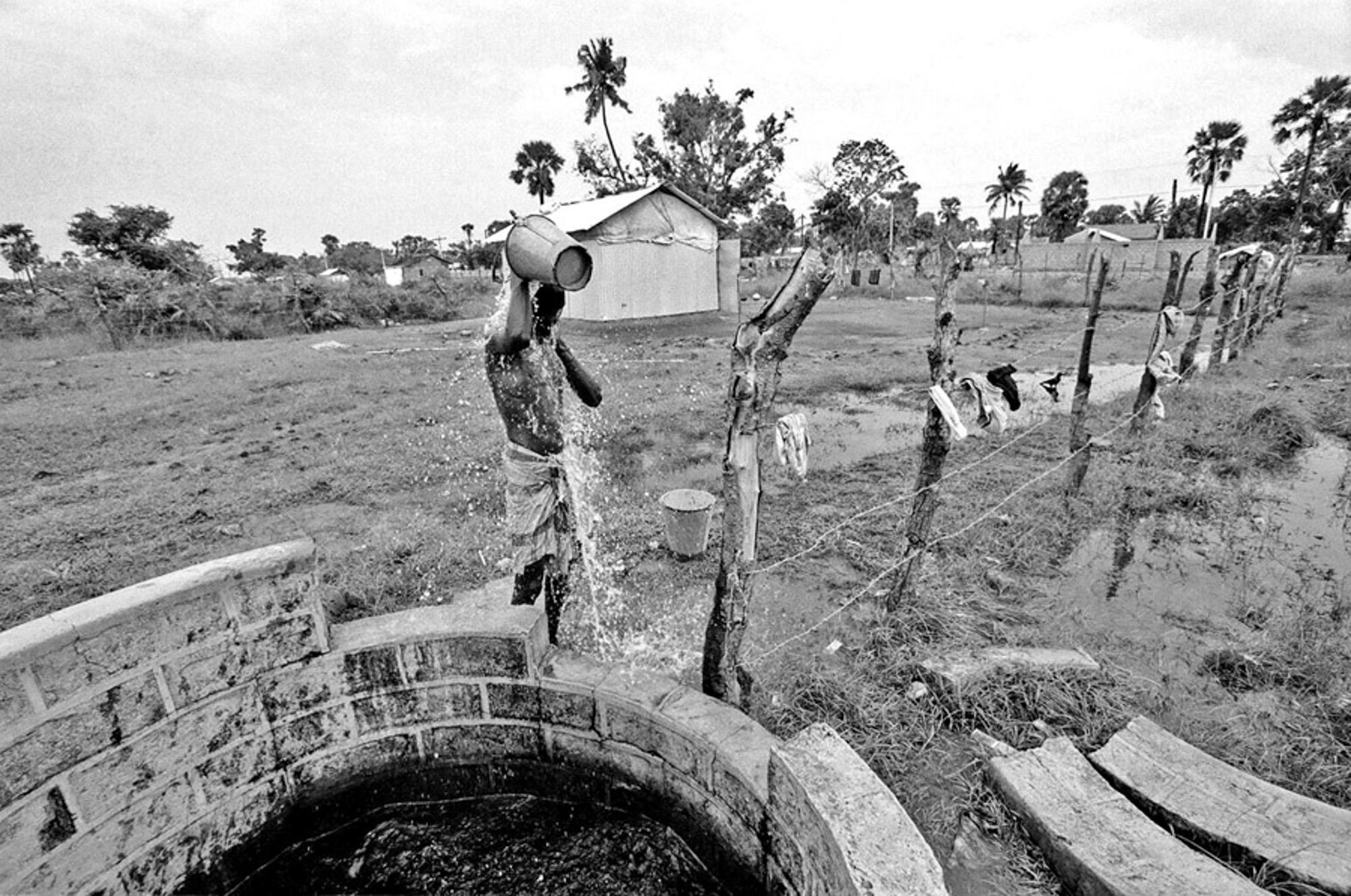 Tamil man washes himself at Vakari village which was taken by the SLA from LTTE,  East Sri Lanka. 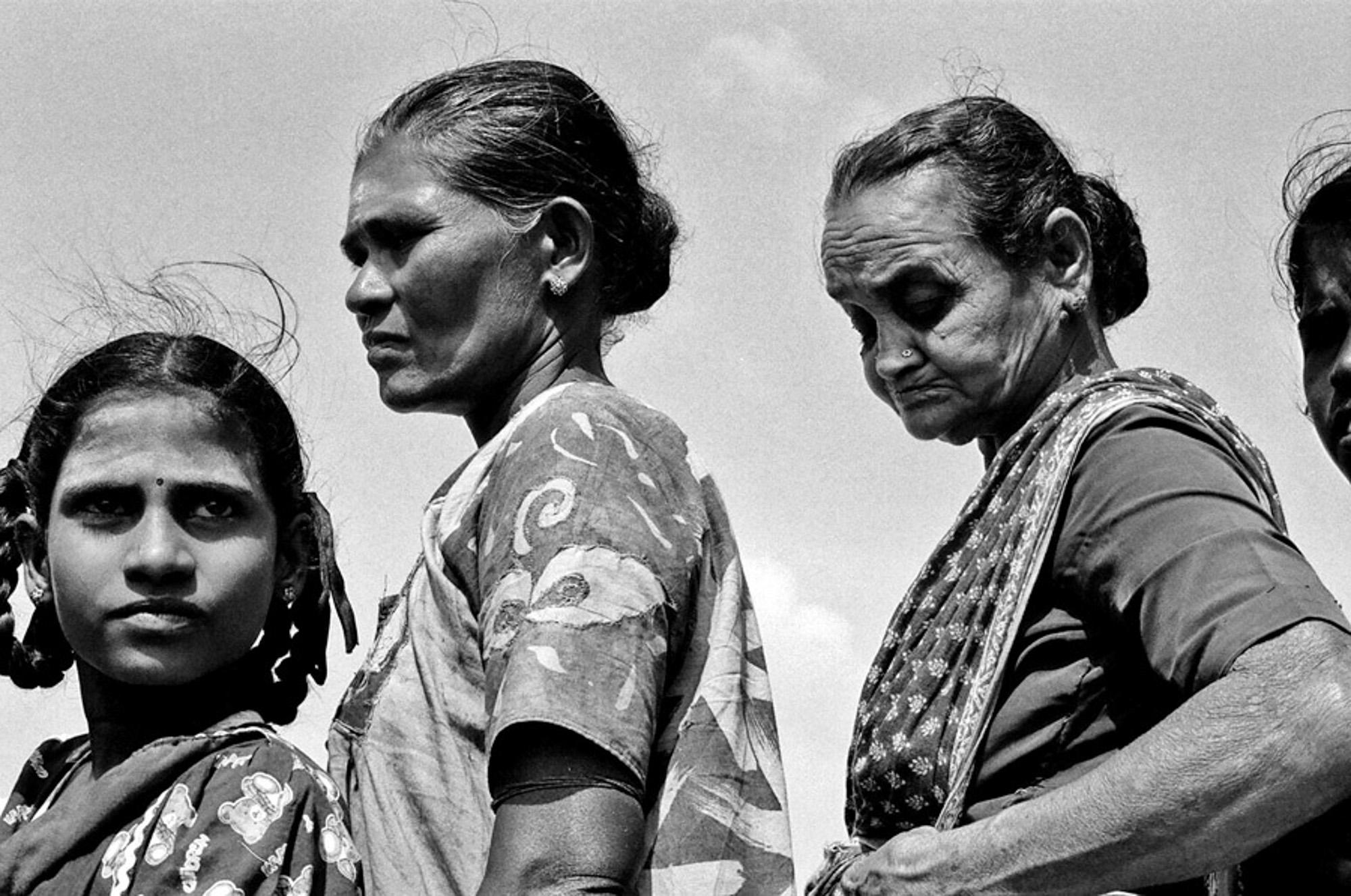 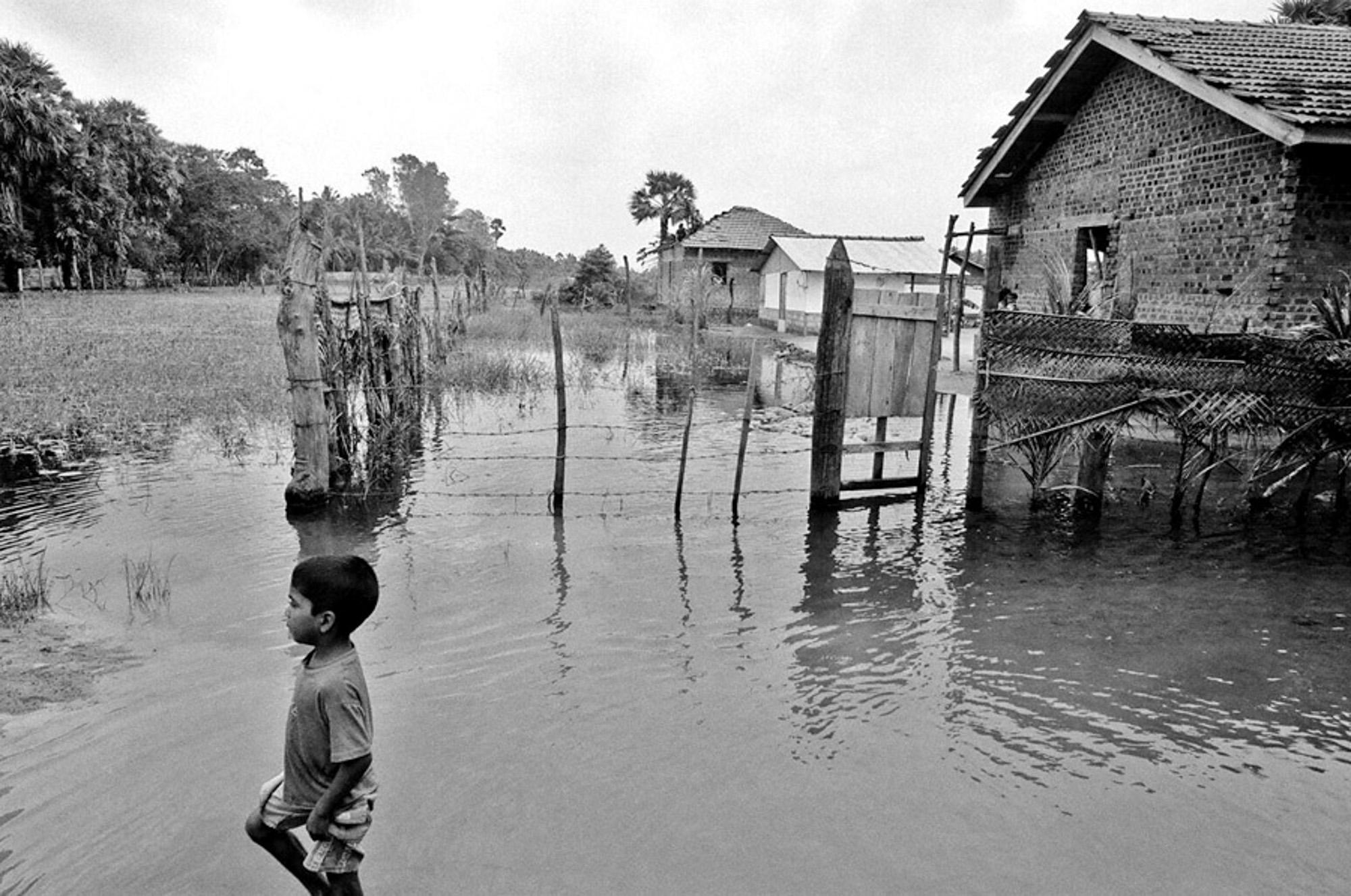 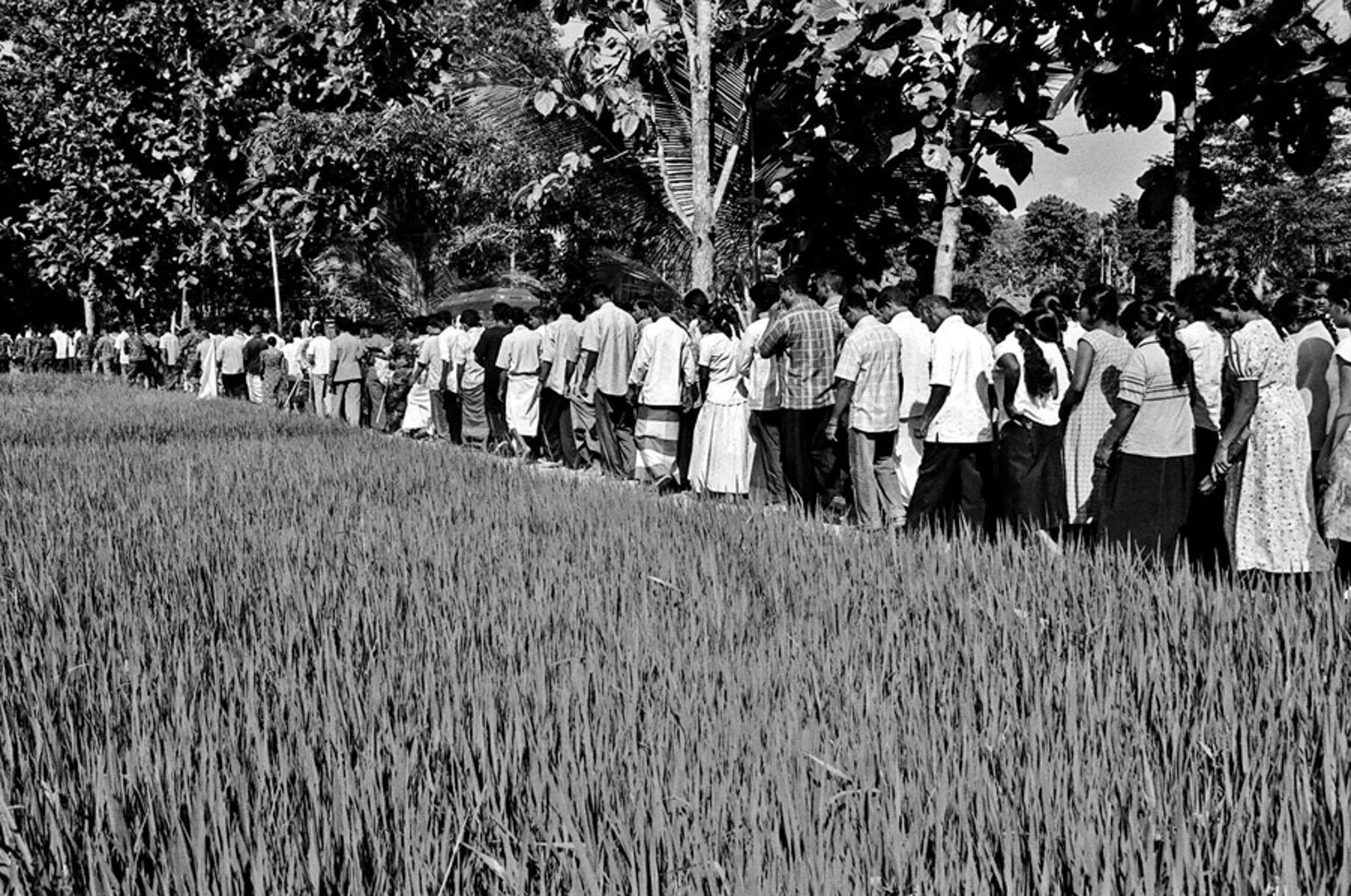 Funeral procession of a CFS soldier who was killed during a roadside claymore mine explosion, allegedly made by LTTE carders, 26 people were killed on the bus that was the target of the attack,  63 were injured.
Buttala, South Sri Lanka. 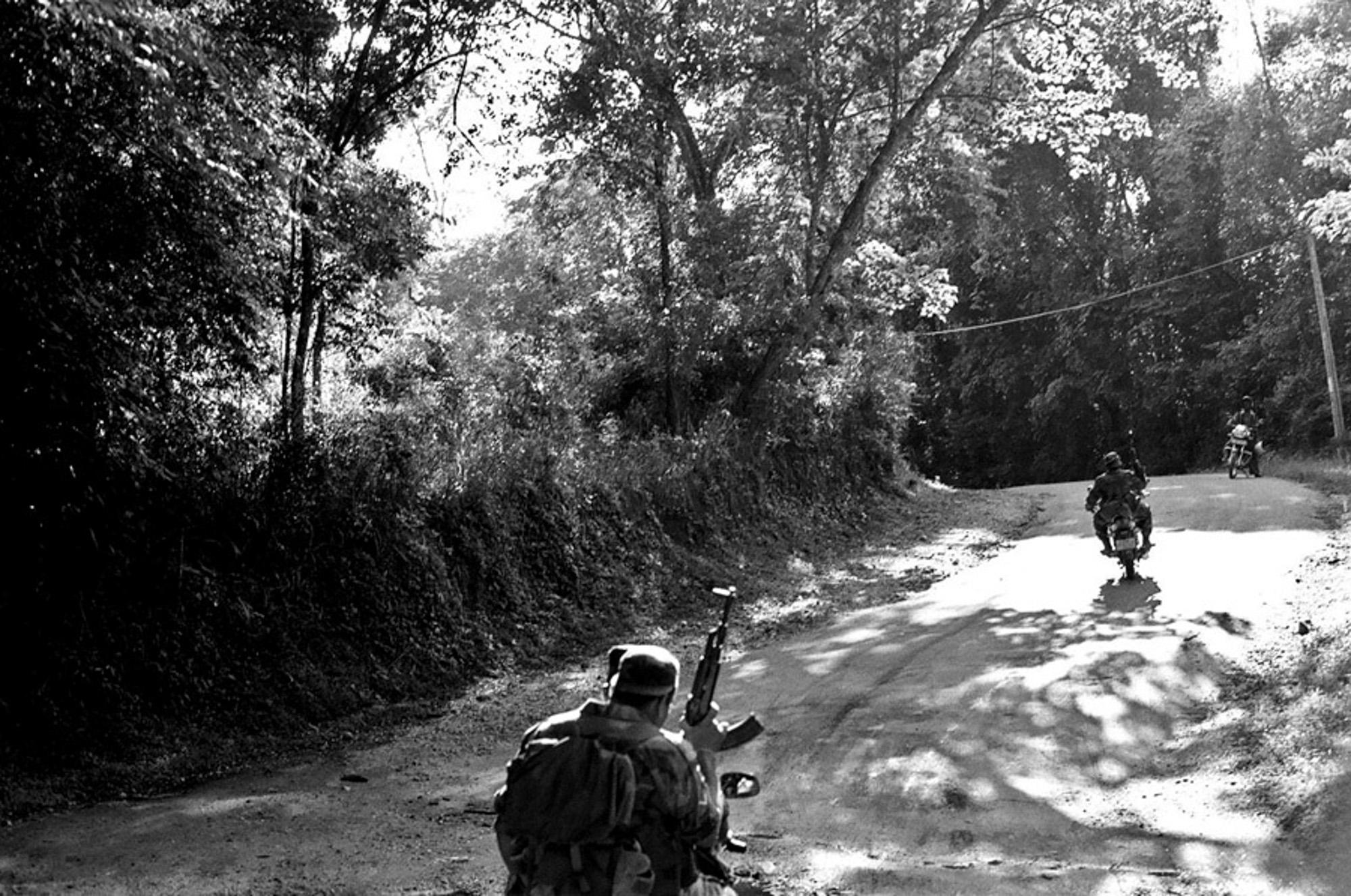 SLA commandos patrolling the area of Buttala village after a claymore mine explosion that killed 26 bus passengers and injured 63.
Buttala, South Sri Lanka. 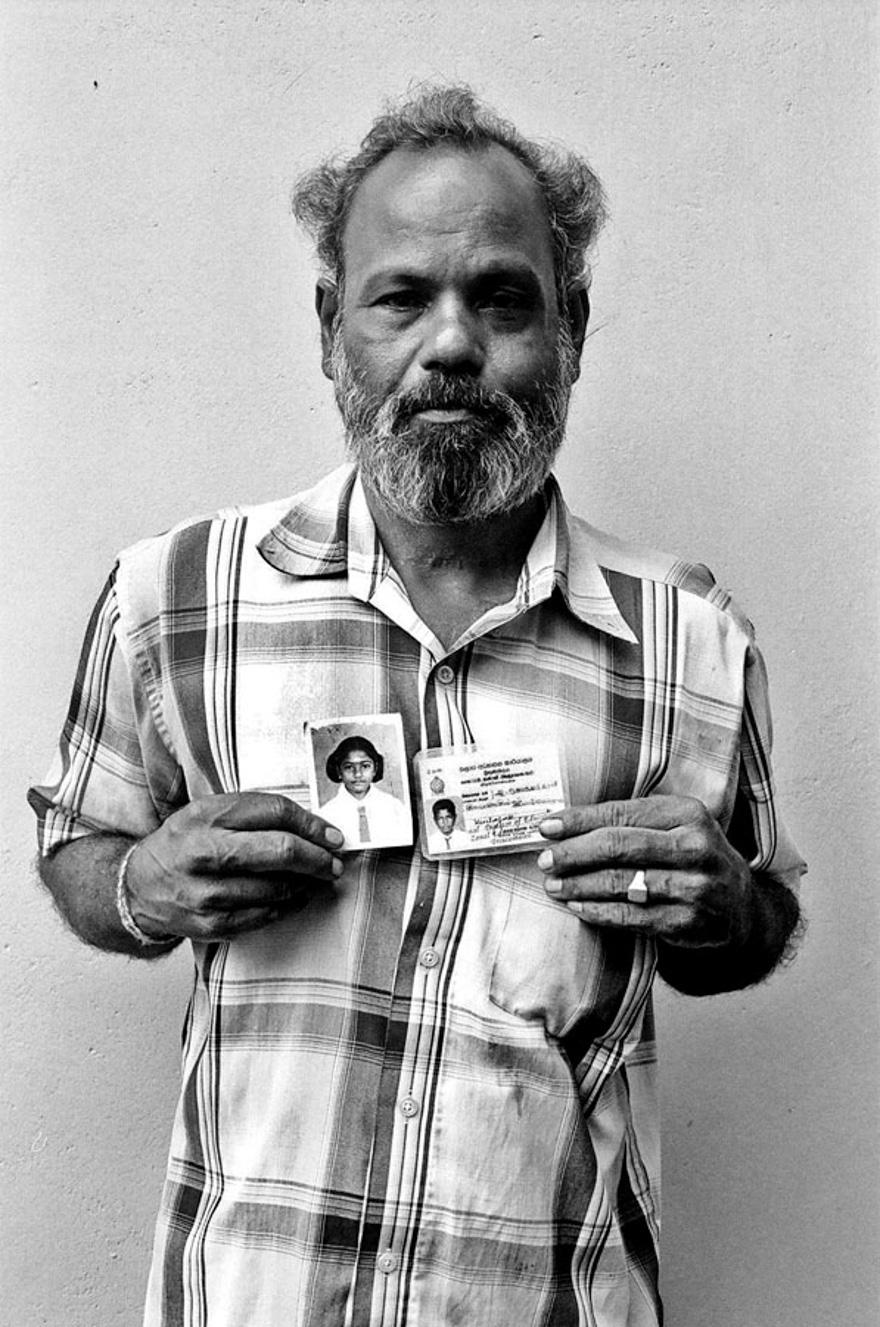 A Tamil man holds pictures of his son and daughter , who were abducted by unknown assailants during the conflict.
Trincomalee, East Sri Lanka. 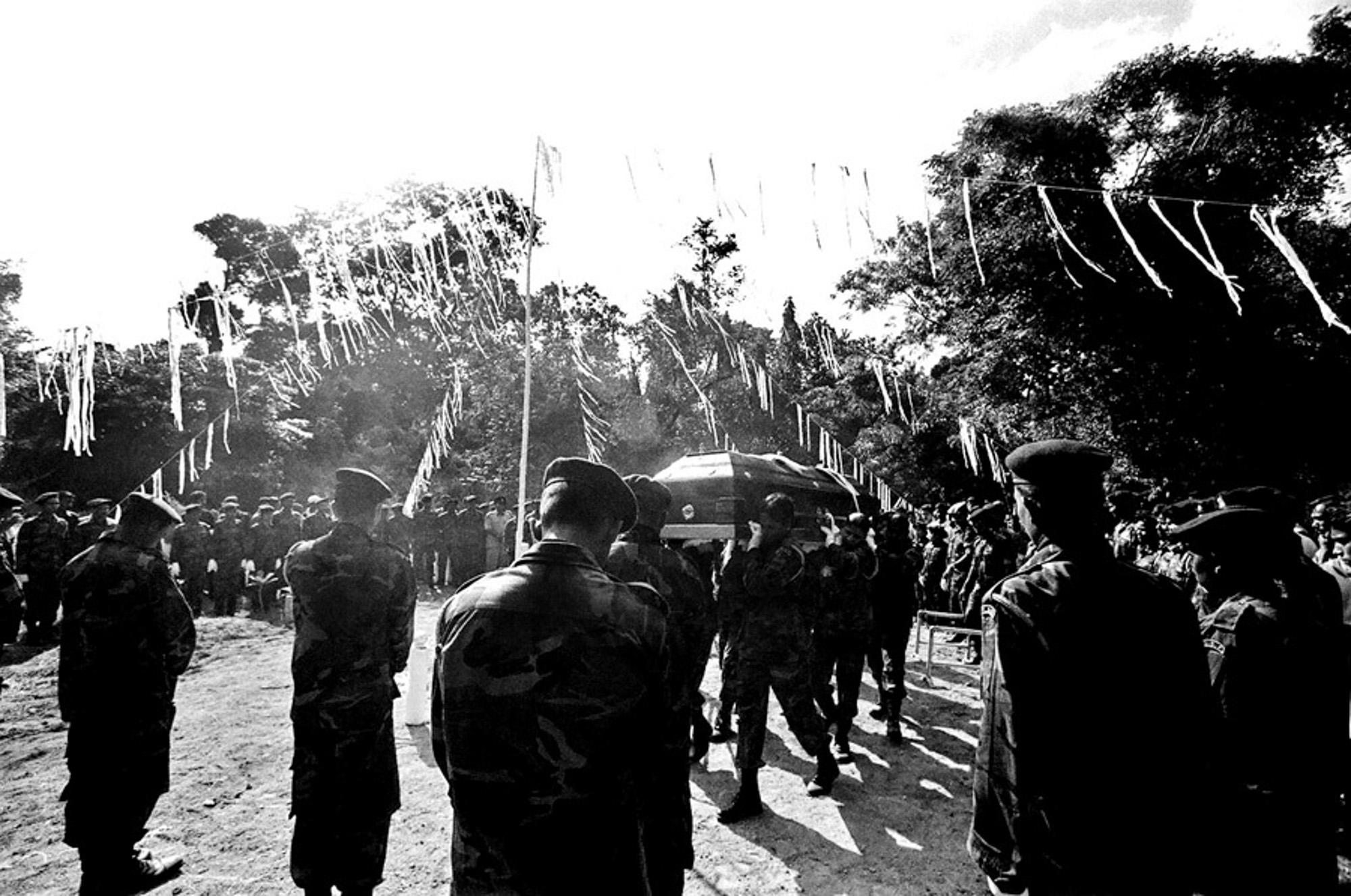 A funeral procession of an SLA soldier, who was killed by a claymore mine explosion on the bus he was traveling in, made allegedly by LTTE cardes. Buttala. South Sri Lanka.
26 civilians kiiled and 63 injured in the bombing. 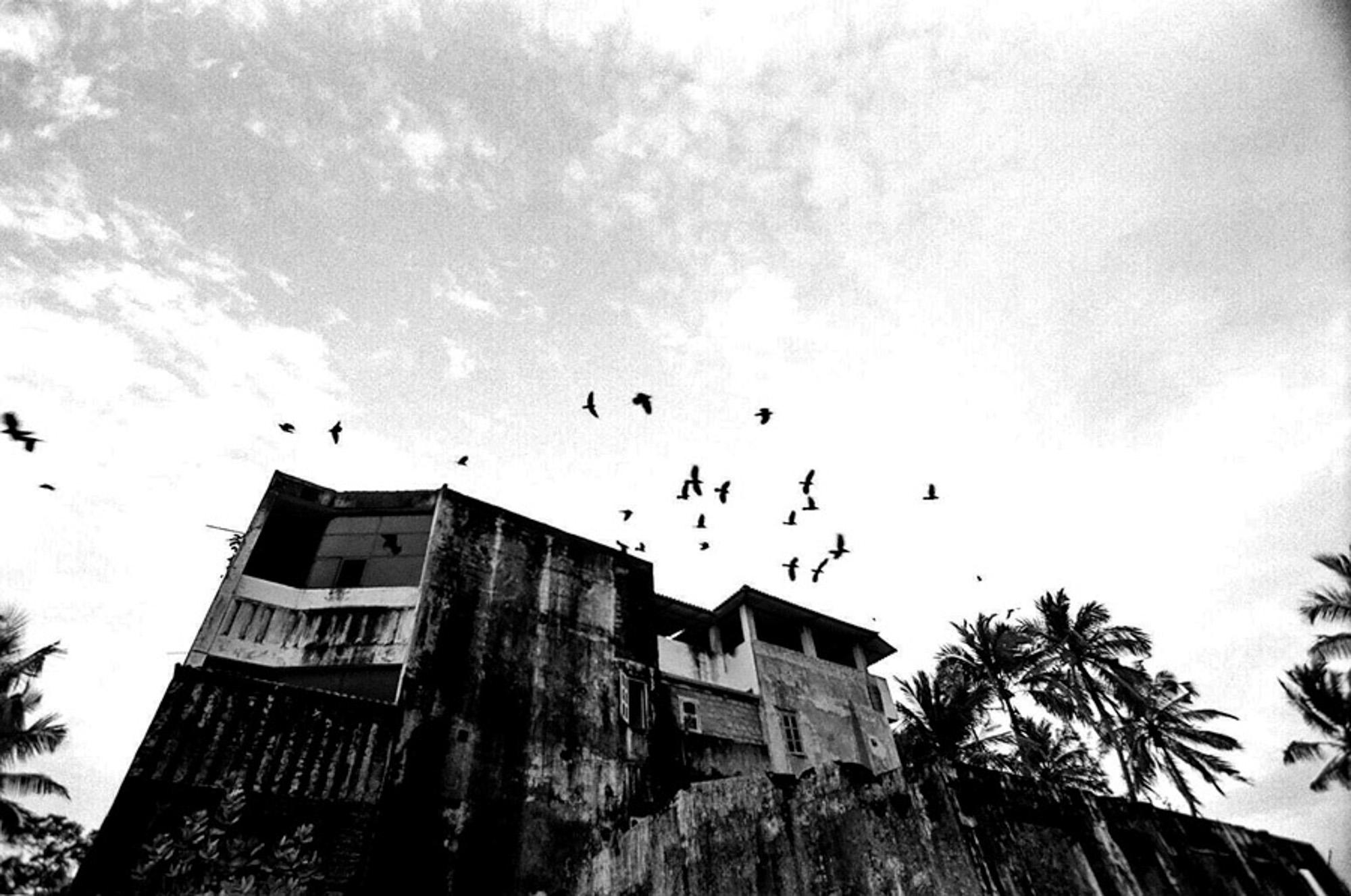 Remains of a house that was destroyed by the 2004 tsunami, Trincomalle, East Sri Lanka. 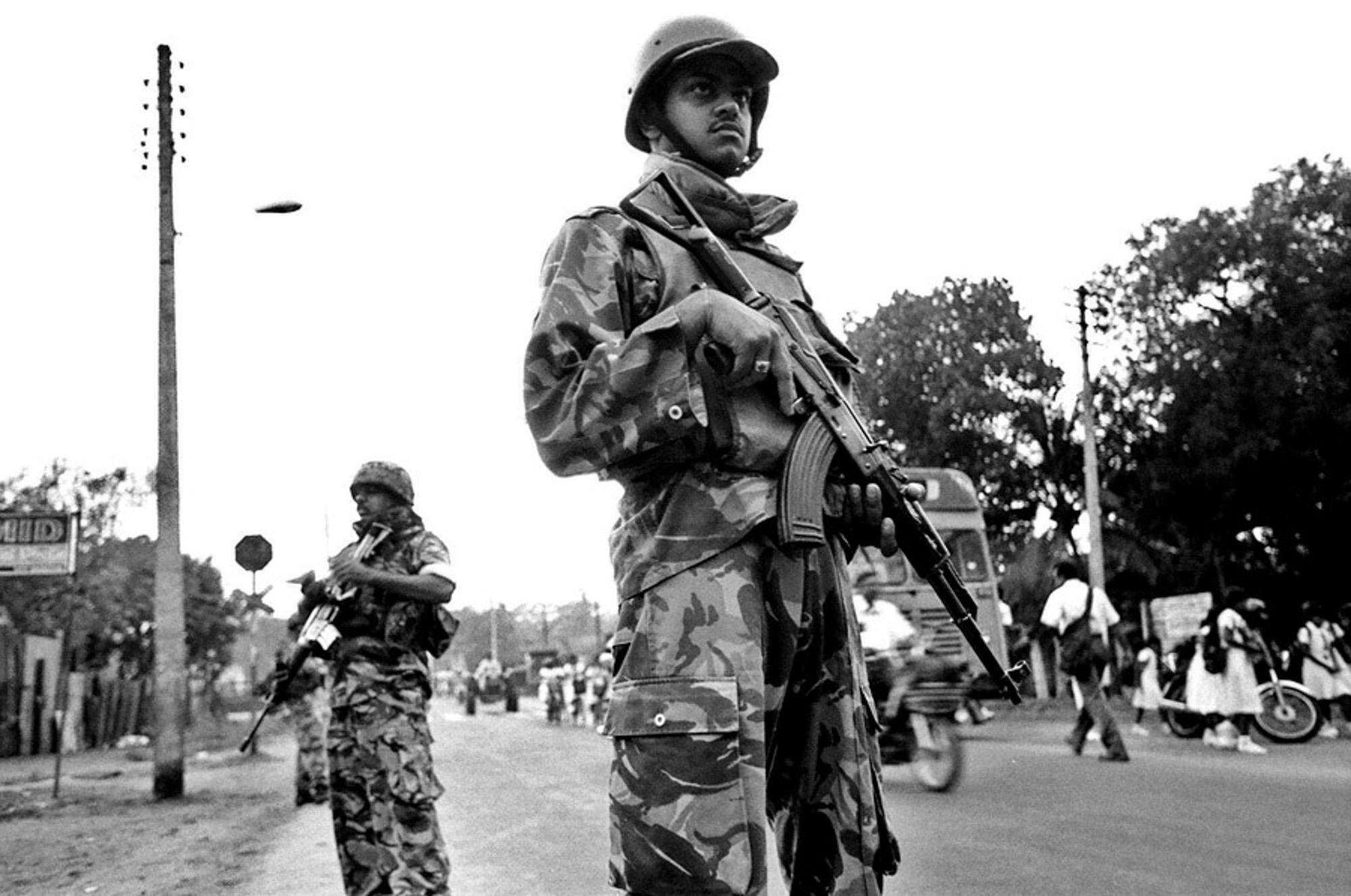 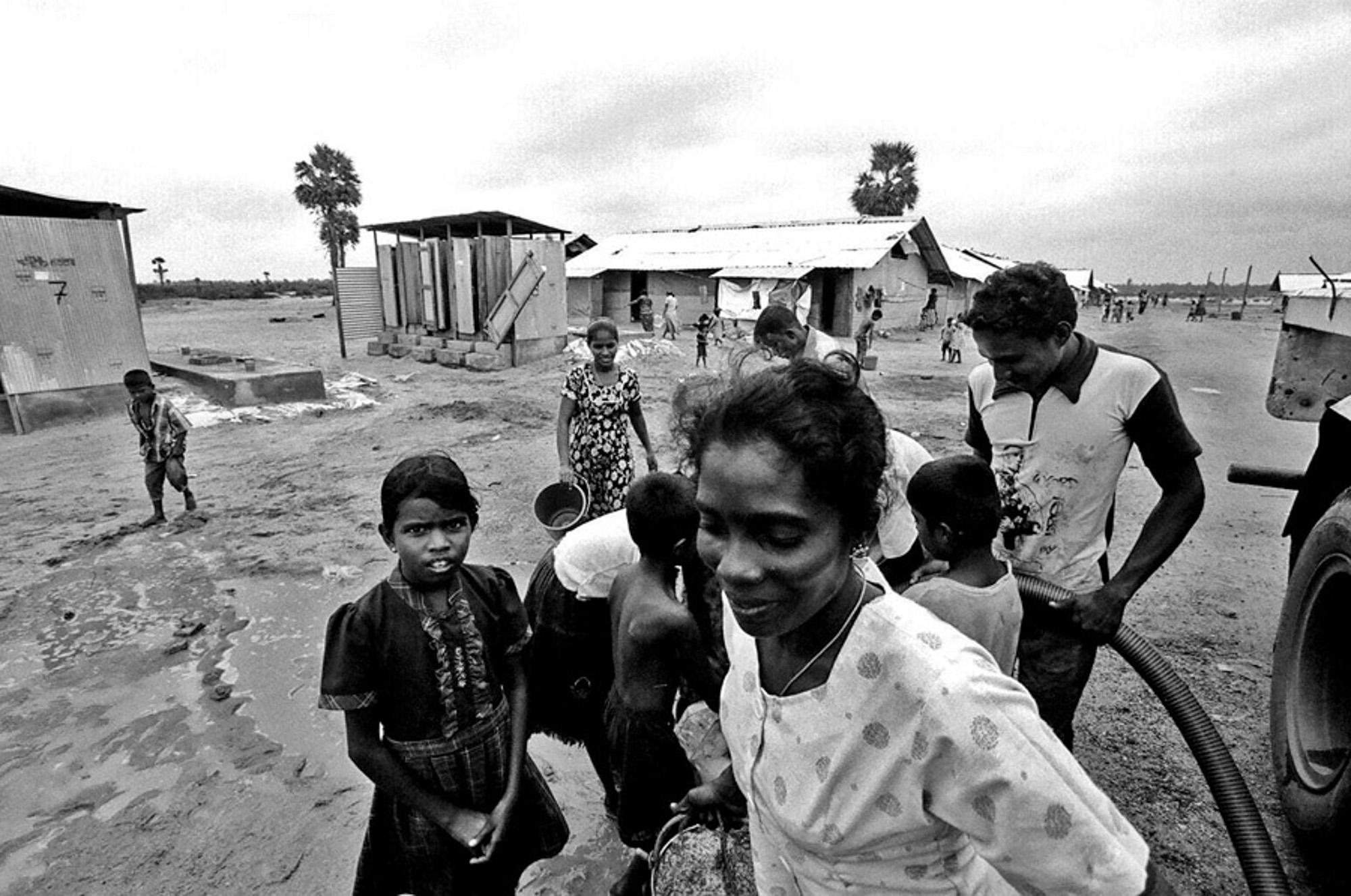 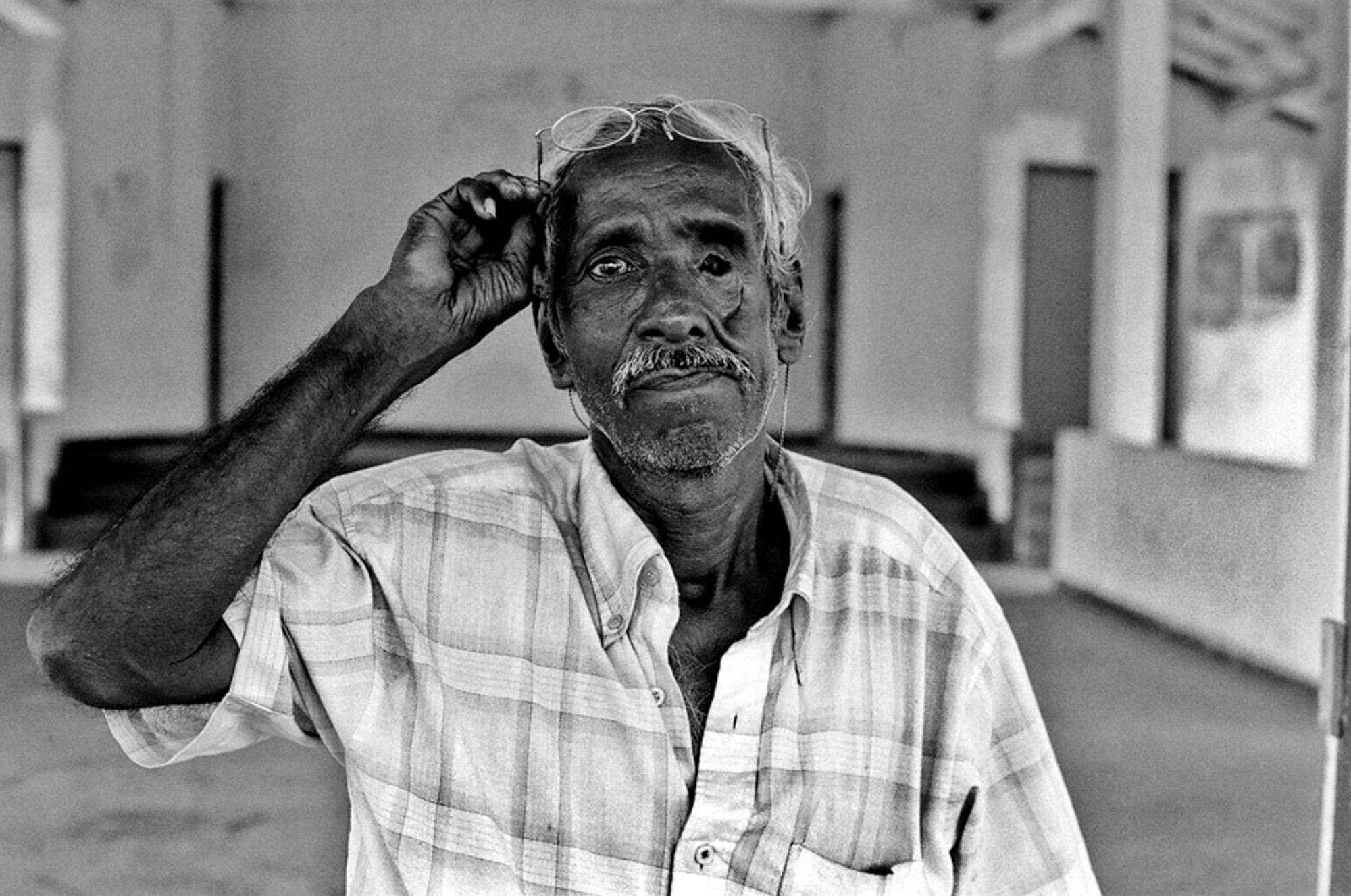 A Tamil man who lost his wife and an eye in attack that happened by unknown assailants, during the conflict.
Trincomalle, East Sri Lanka. 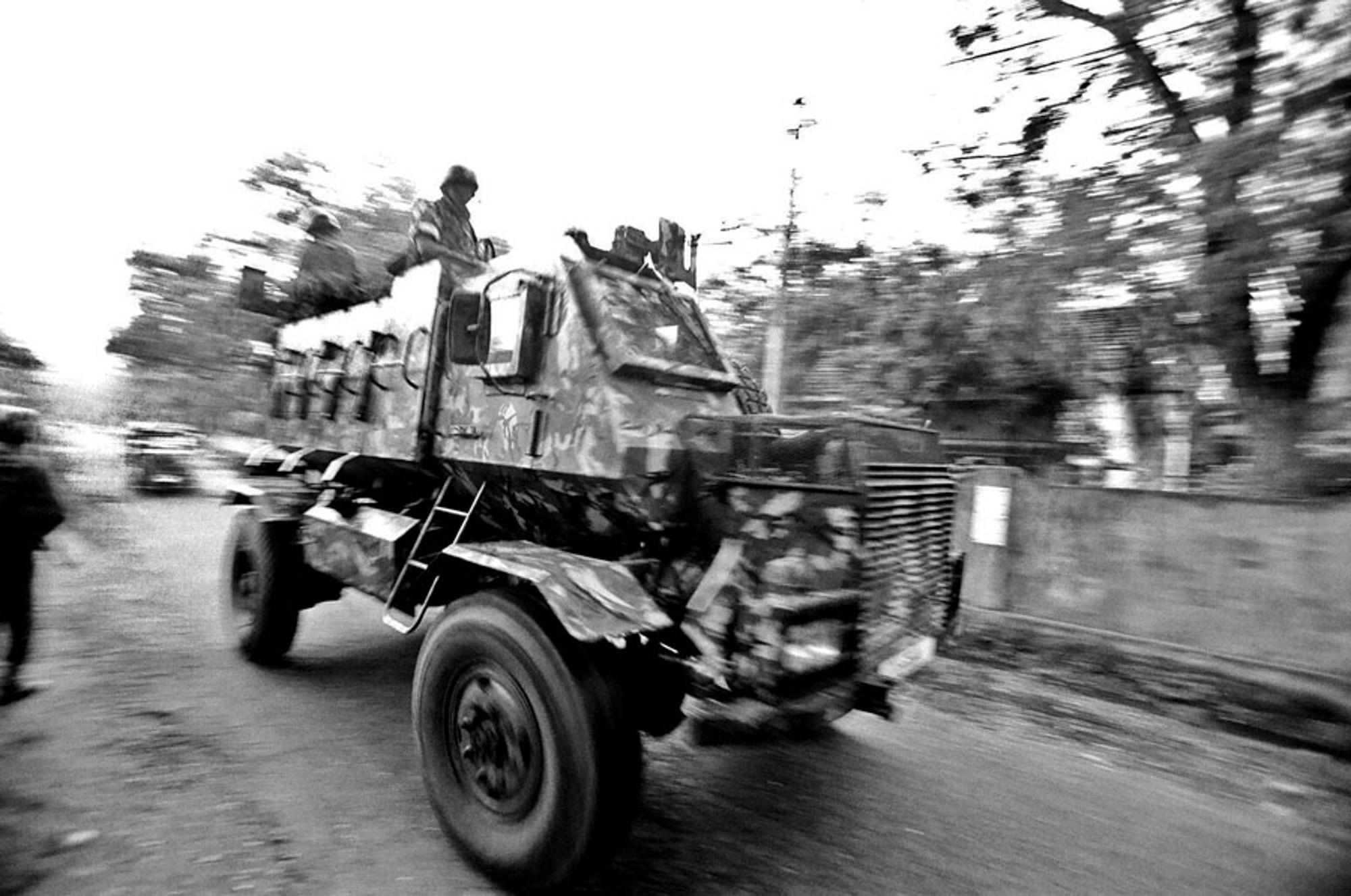