In the important ecological corridor which is the area in southern Tanzania between the Selous game reserve and Nissa national reserve in Mozambique, an ongoing effort is being made to control the conflict between human and elephant life. The area, dominated by Miombo woodlands, interrupted by wetlands and riparian forest is primarily community owned land and supports a large elephant population.
Unique in that the community owned land includes the settlements where 280,000 people live, their agricultural lands and the natural areas which support wildlife, coexistence poses obvious challenges. Damage and destruction to crops by the elephants is common while elephant poaching is on the rise. Retaliatory killing of elephants found trampling crops is also threatening the population.
In an attempt to address the growing severity of the situation a regular patrol of scouts is sent from Nalika, a consortium of 10 villages , to the Ruvuma national park whose main aim it is to stop and arrest poachers and also to attempt to alleviate the problems of elephant damage to local fields. With limited funding but consistent determination 52 scouts go out on ten to thirty day mission patrols. Every day they patrol an area of 30-50km.
December 2013 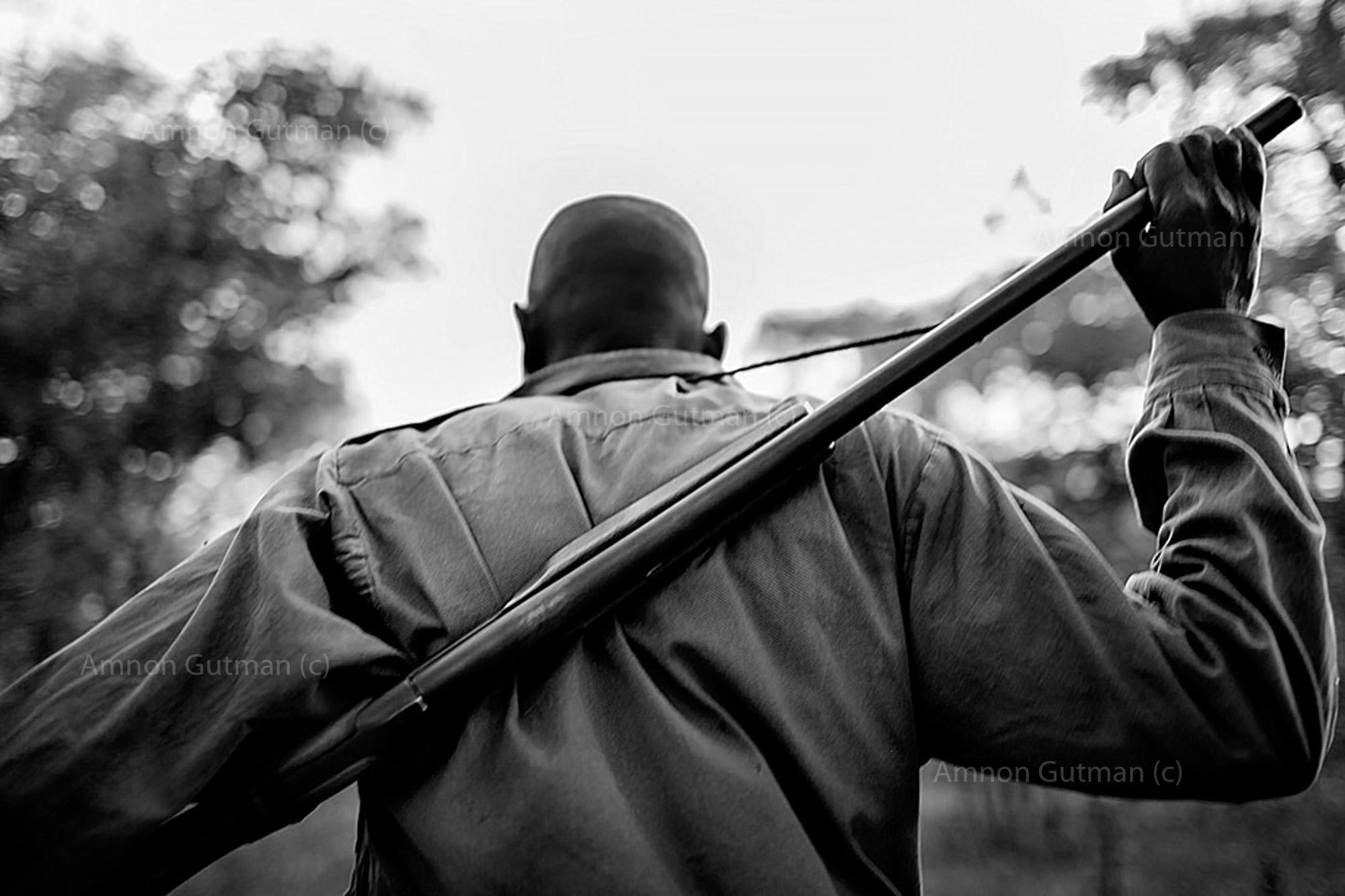 Captions
On the first day of the patrol. 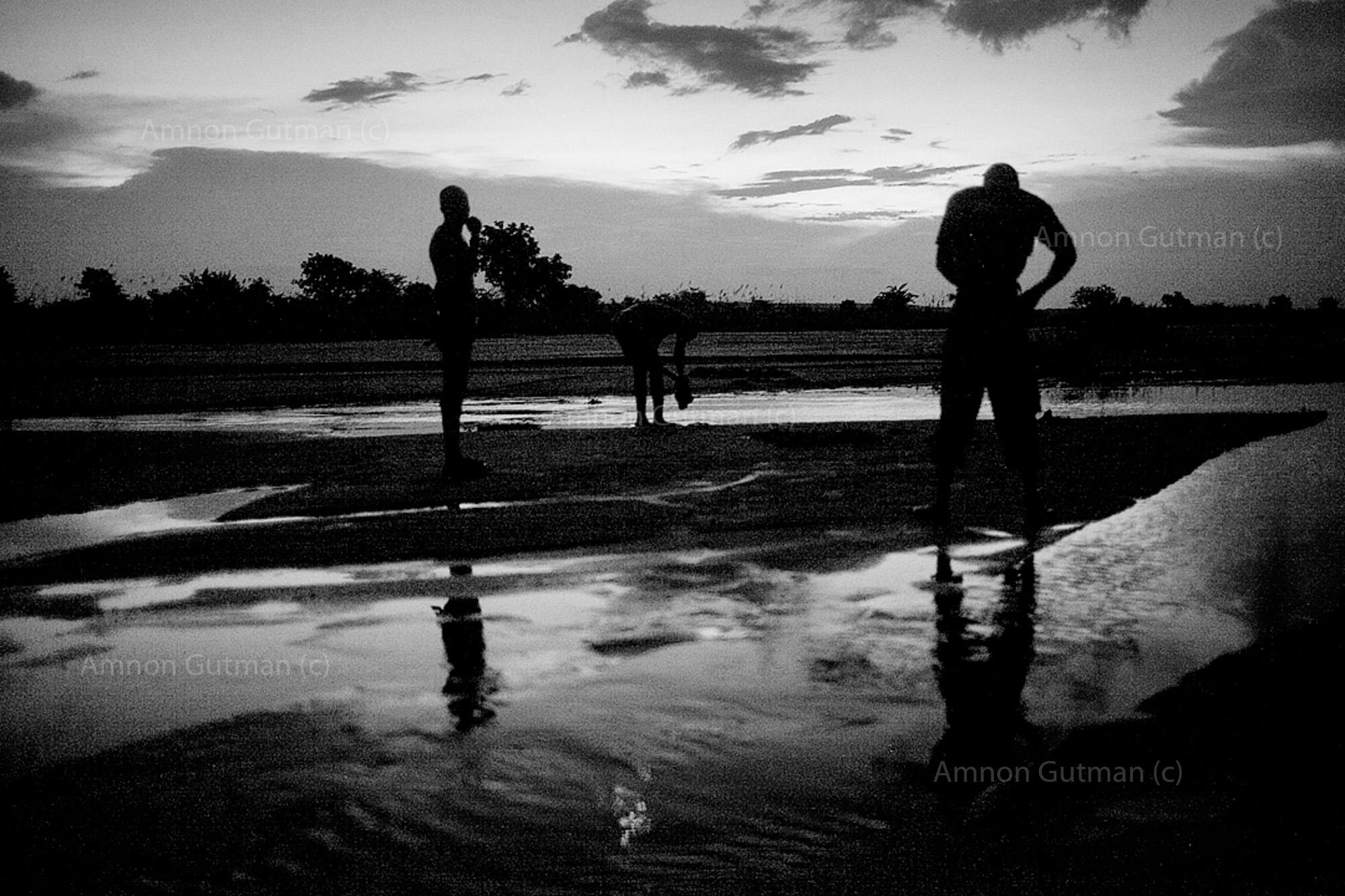 Captions
Taking a bath at a river inside the park. 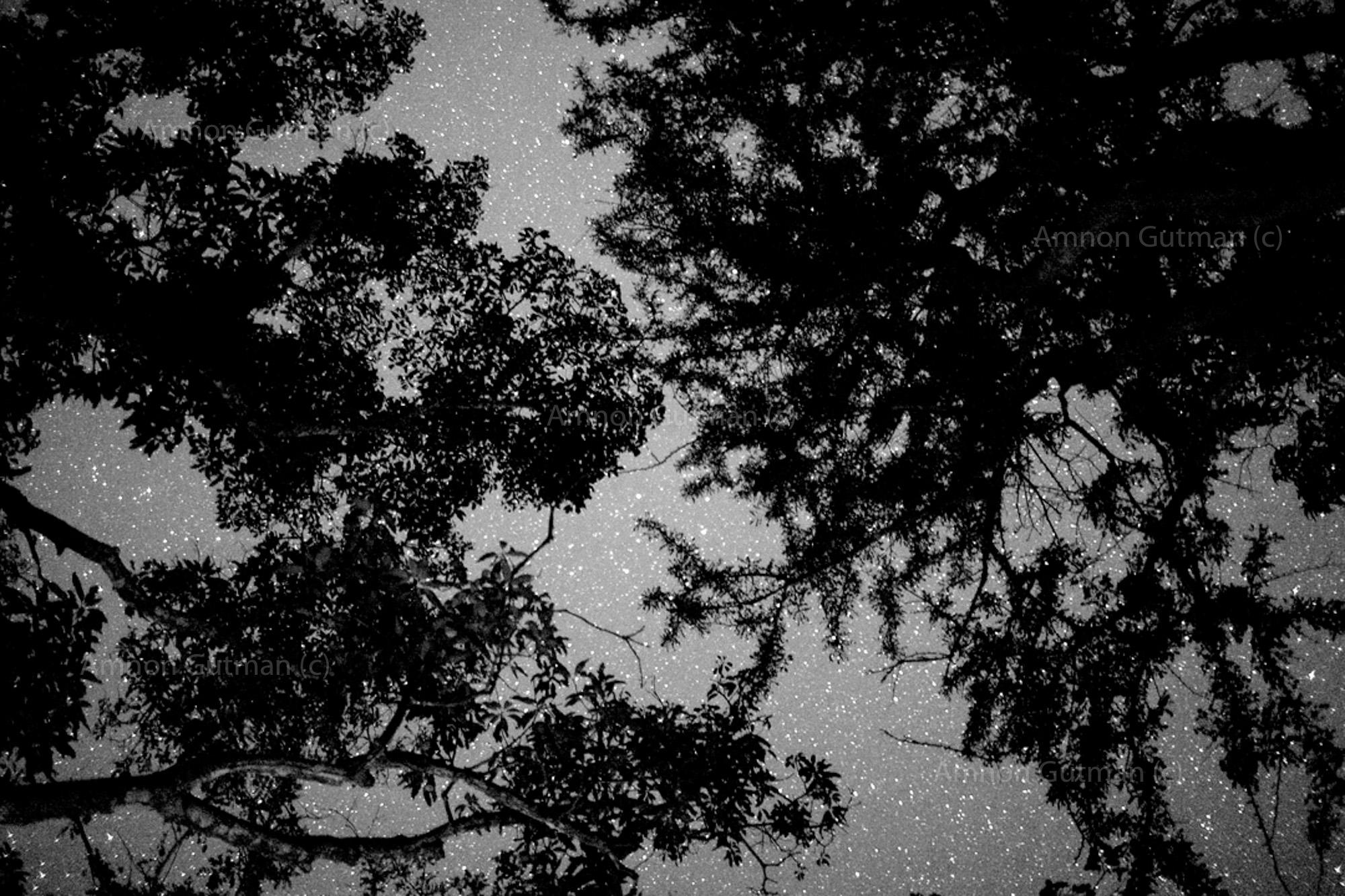 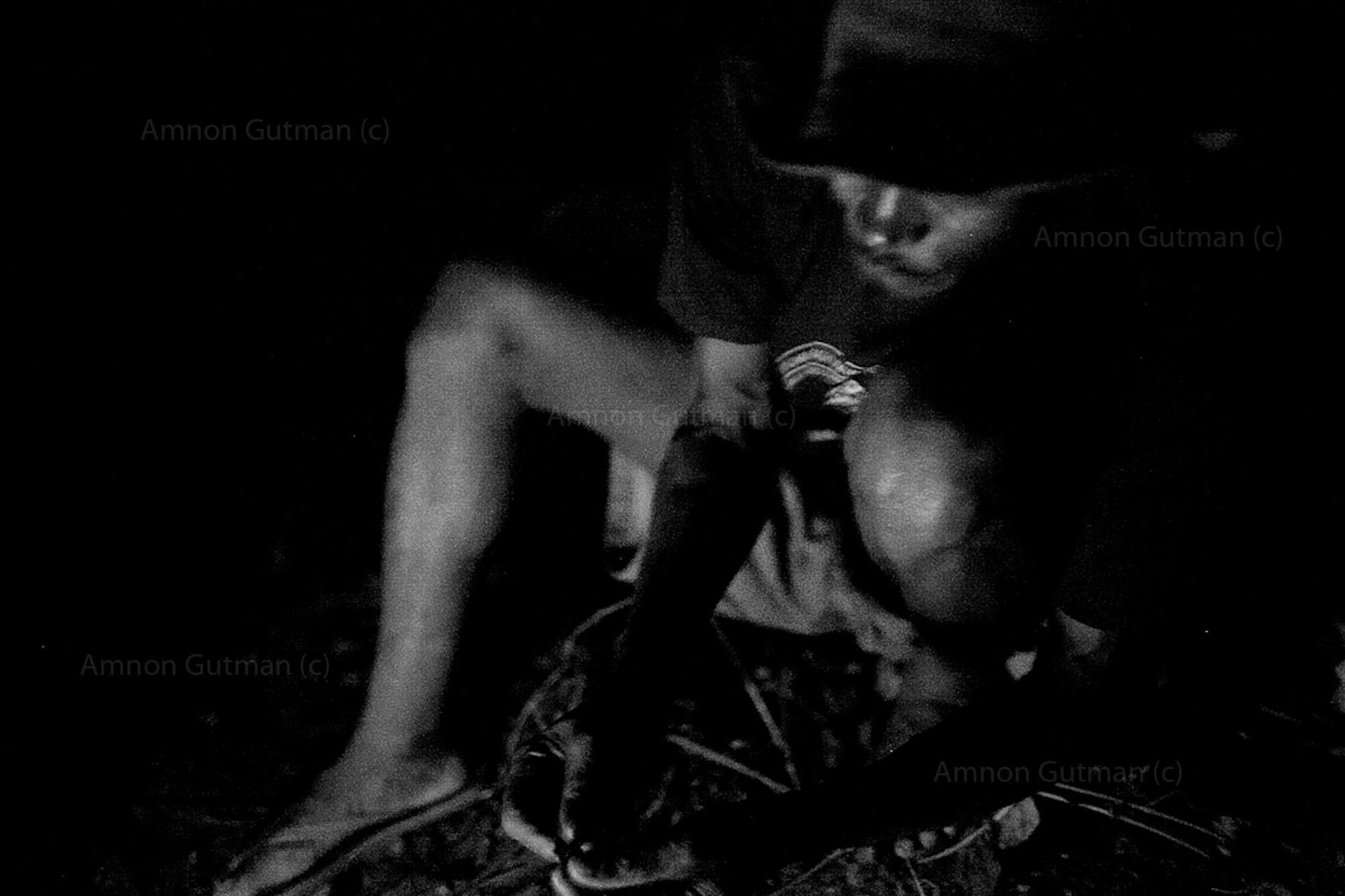 Captions
One of the scouts guarding the camp during the night. 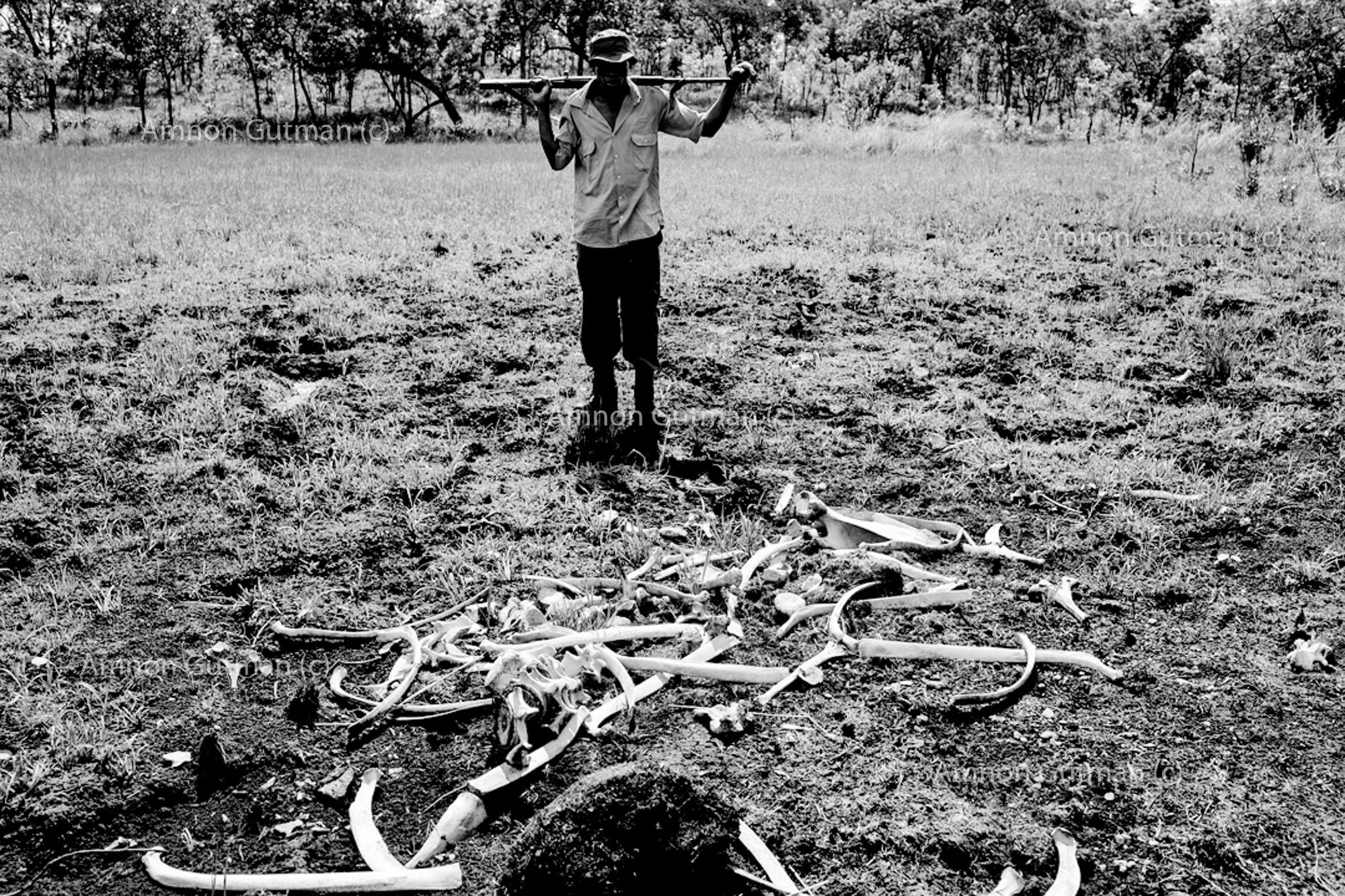 Captions
Documenting the remains of two elephants that were killed by poachers in the park area. 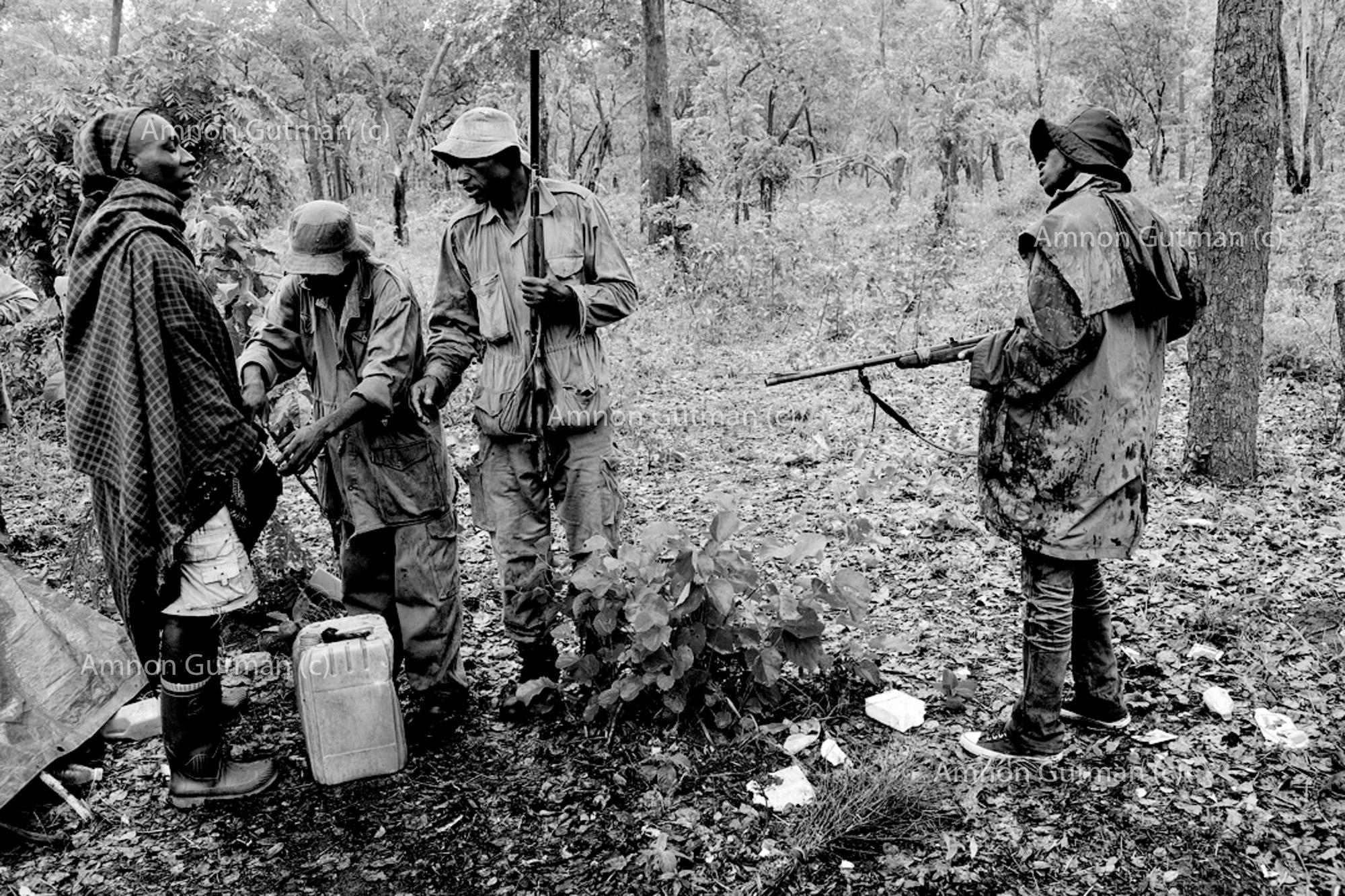 Captions
Scouts arresting a Sokuma tribe's man, who was poaching illegally in the park area. 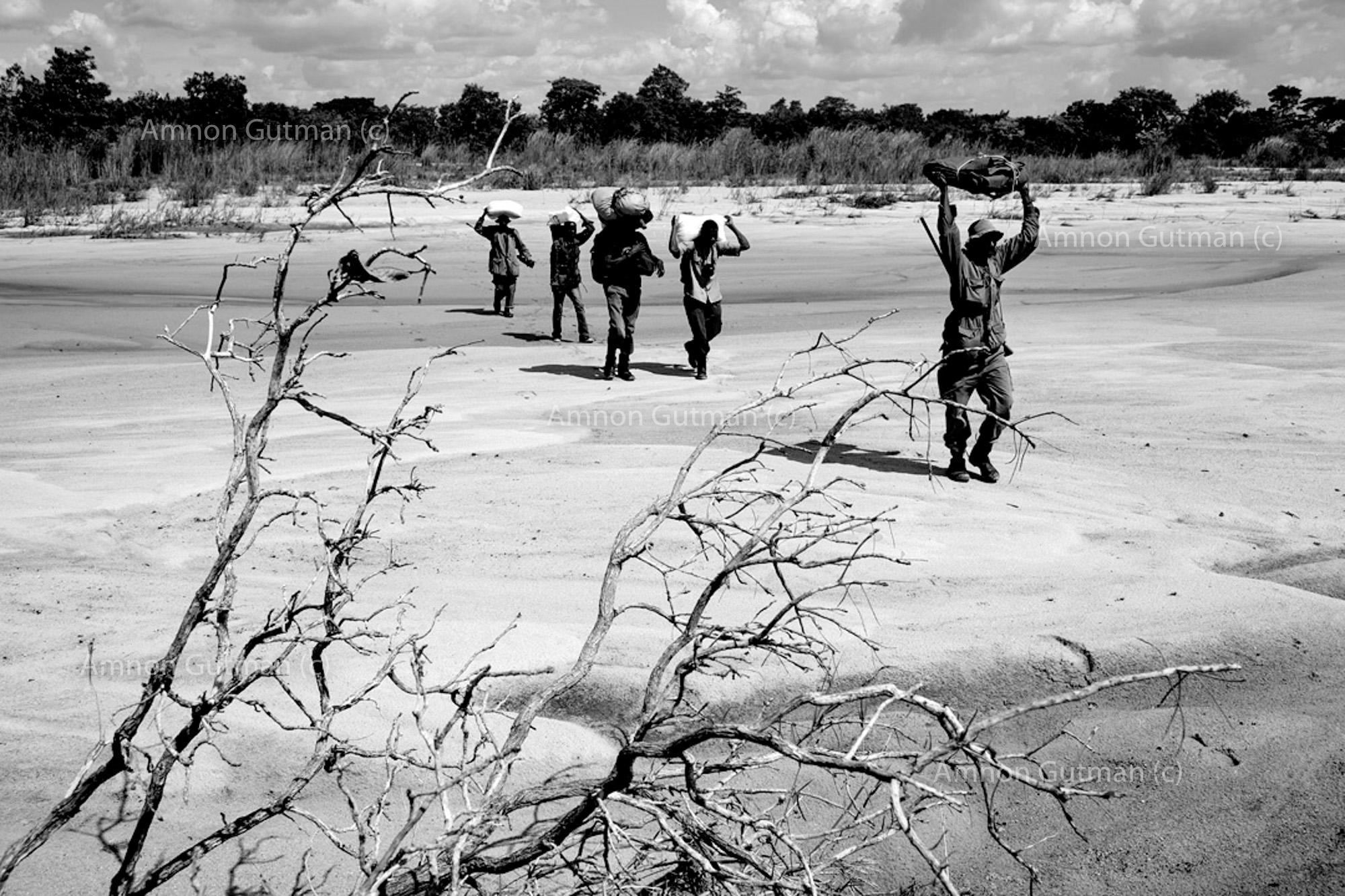 Captions
Crossing a dry river bed, during the patrol. 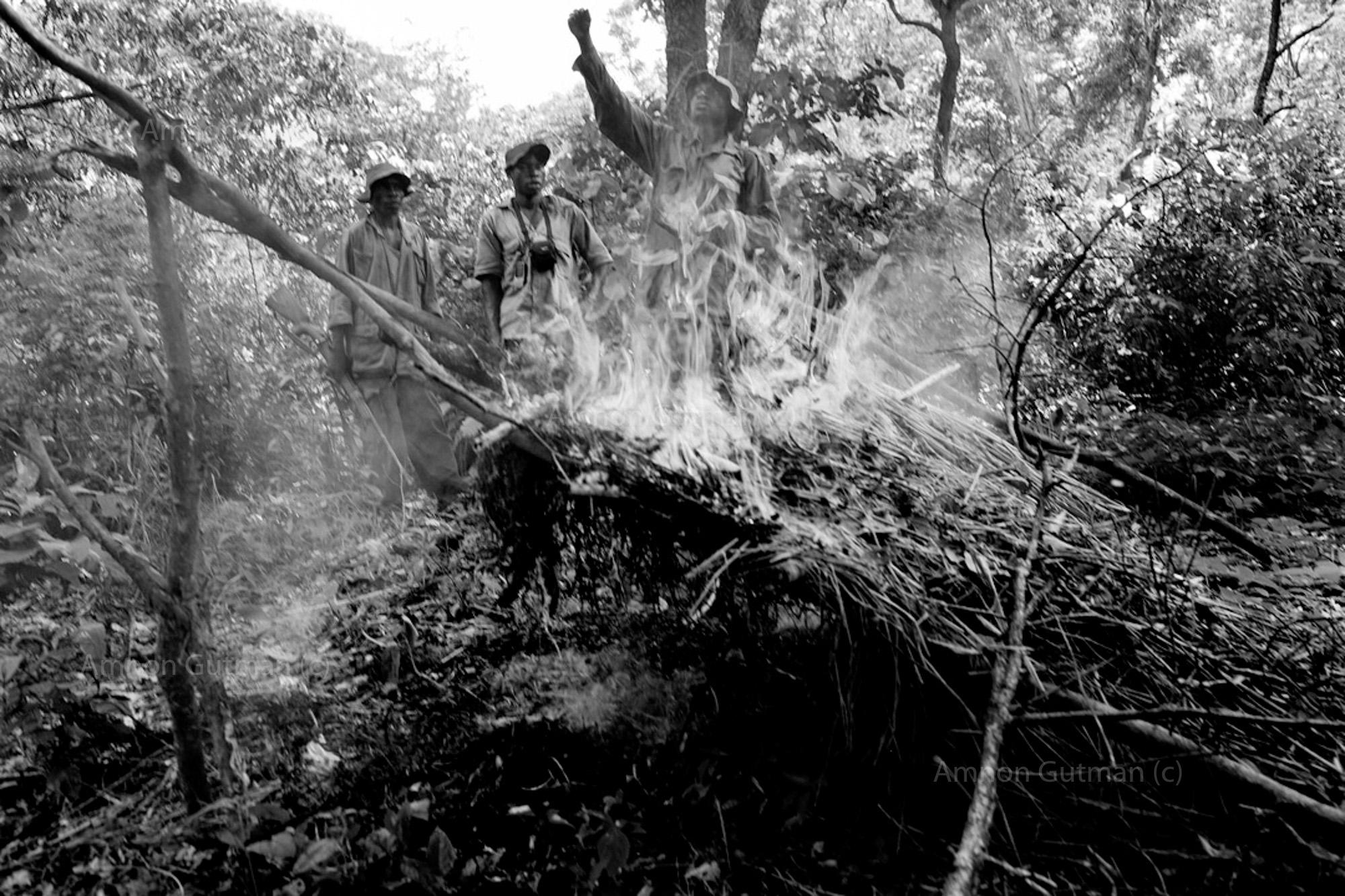 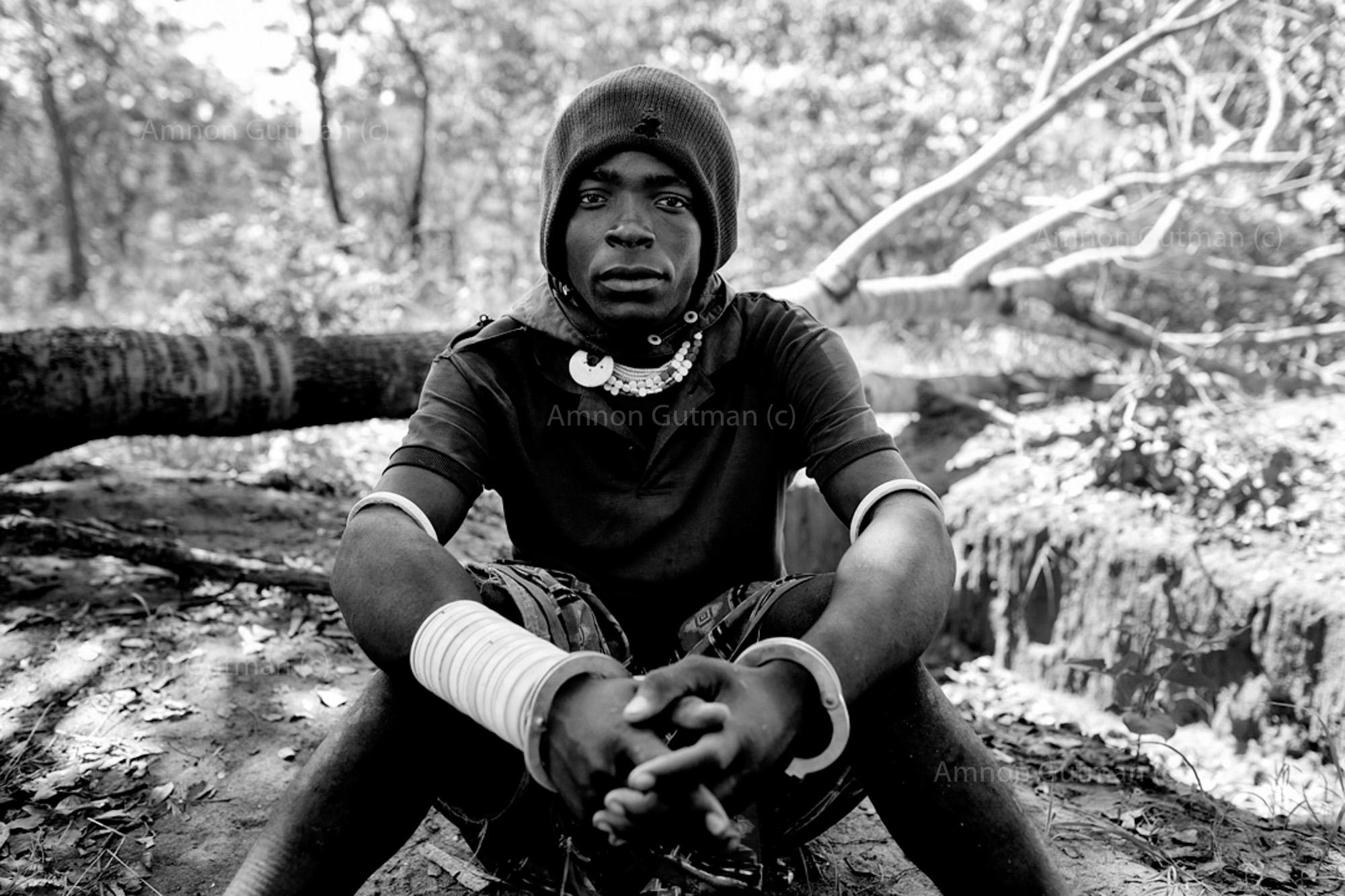 Captions
A Sokuma tribe's young adult who was caught herding and poaching illegally in the park area, before being taken by the scouts to Nalika headquarters located in Milonde village. 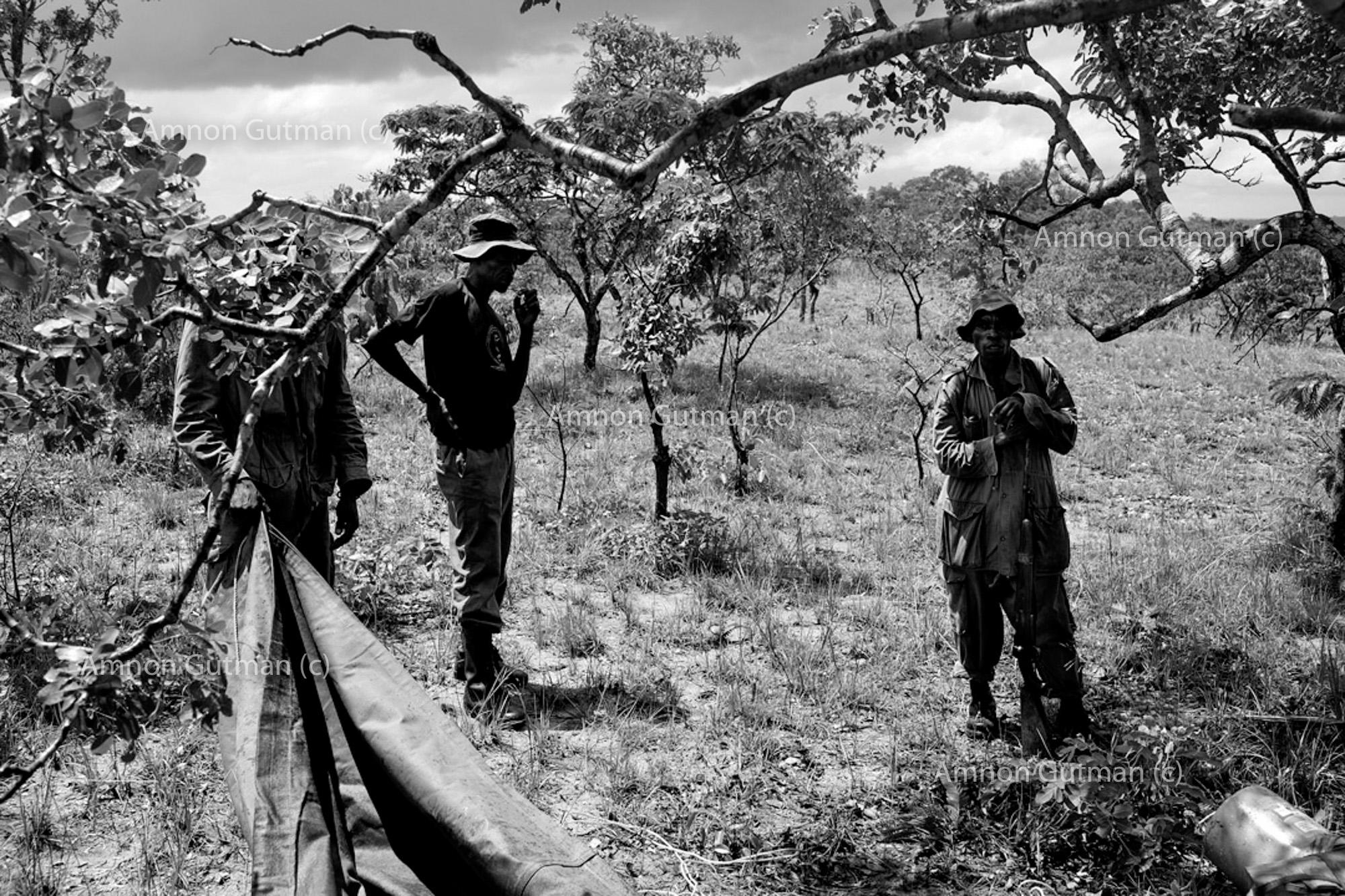 Captions
Scouts collecting water, after heavy rains that fell the night before in the park area. 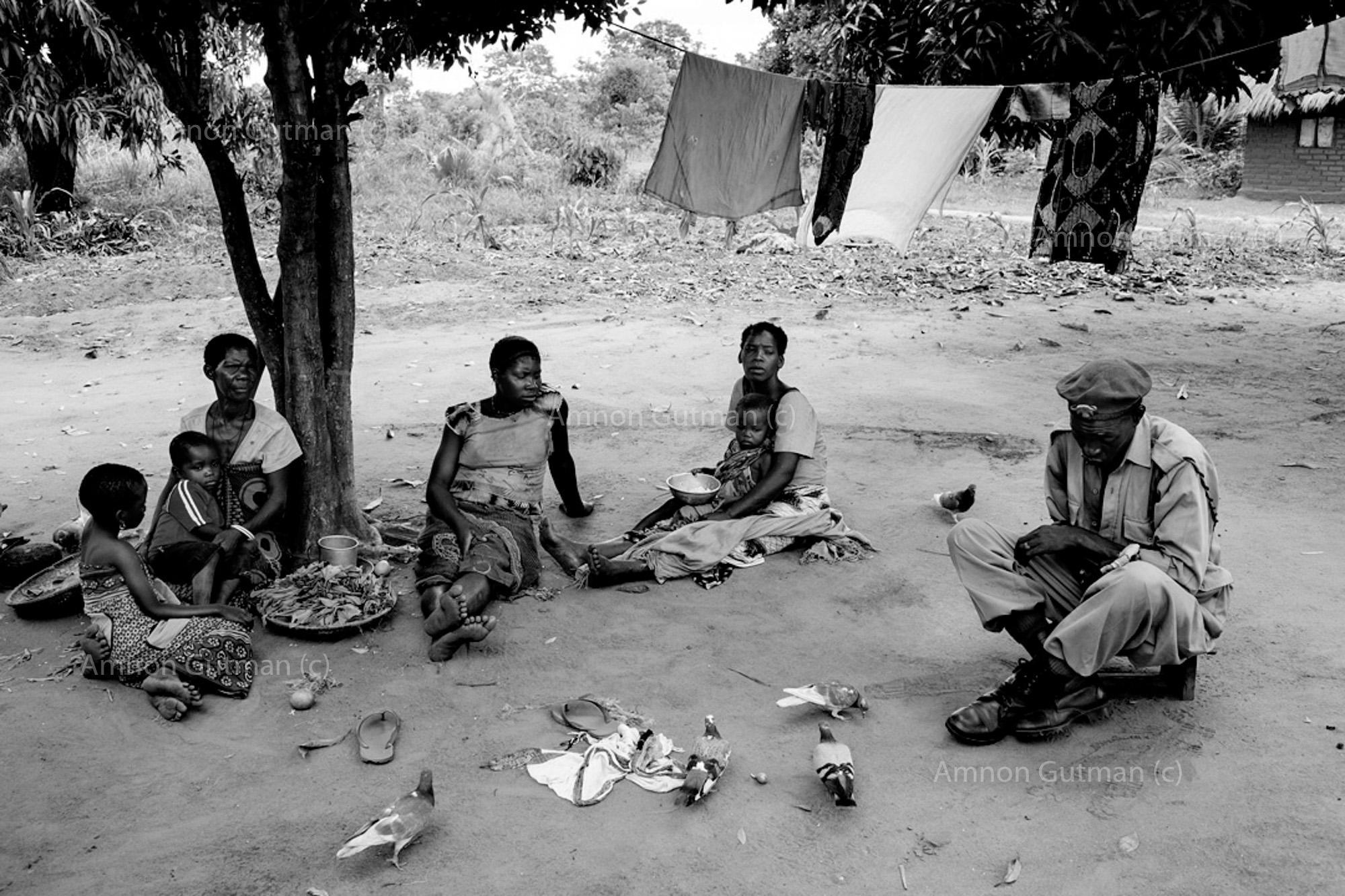 Captions
One of the scouts, questions local villagers of the whereabouts of possible poachers who passed through their village in the park area. 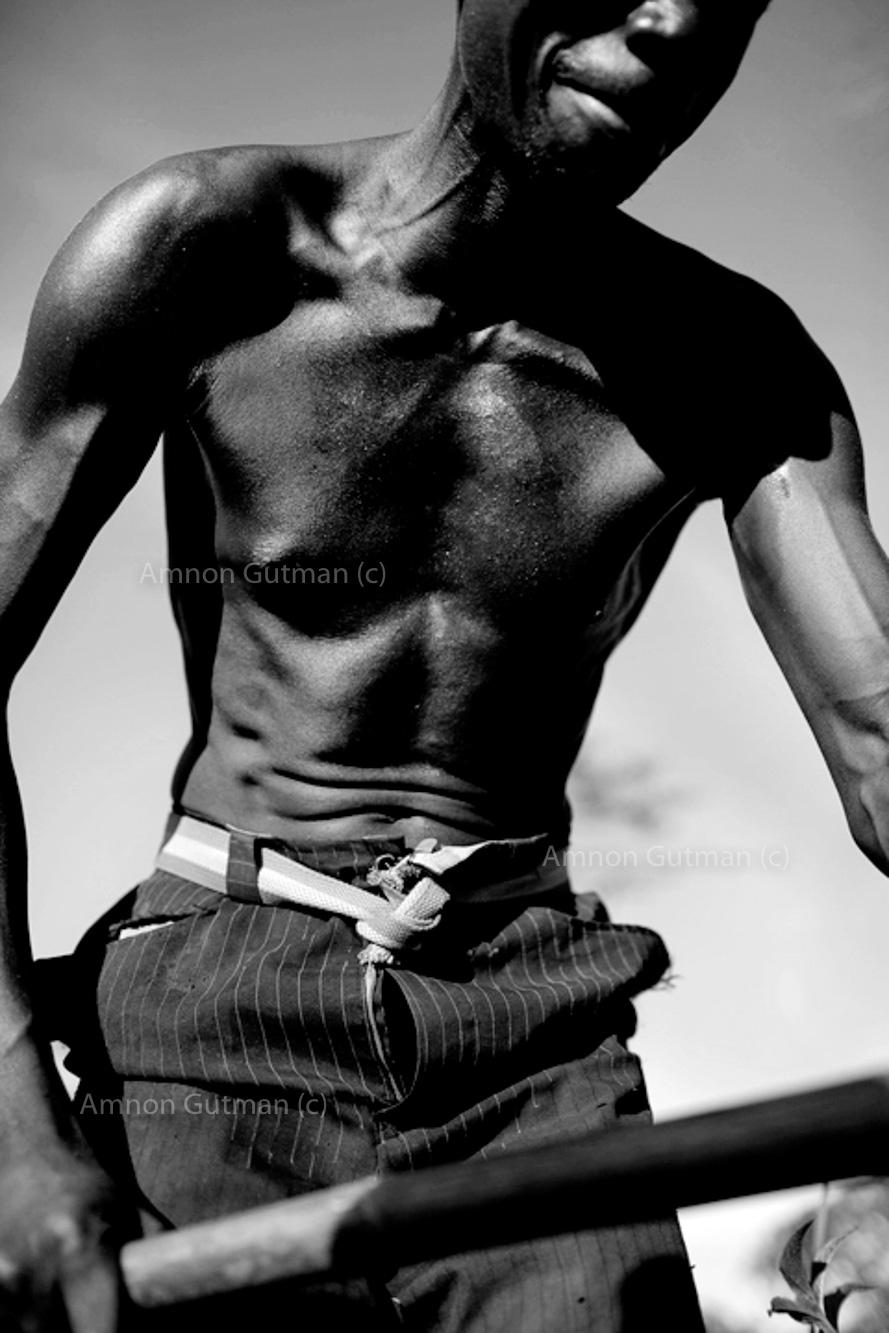 Captions
A local farmer, whose lands are being overrun often by elephants, tending to an agricultural field, which provides food for his entire family, near a village that is located in the park area. 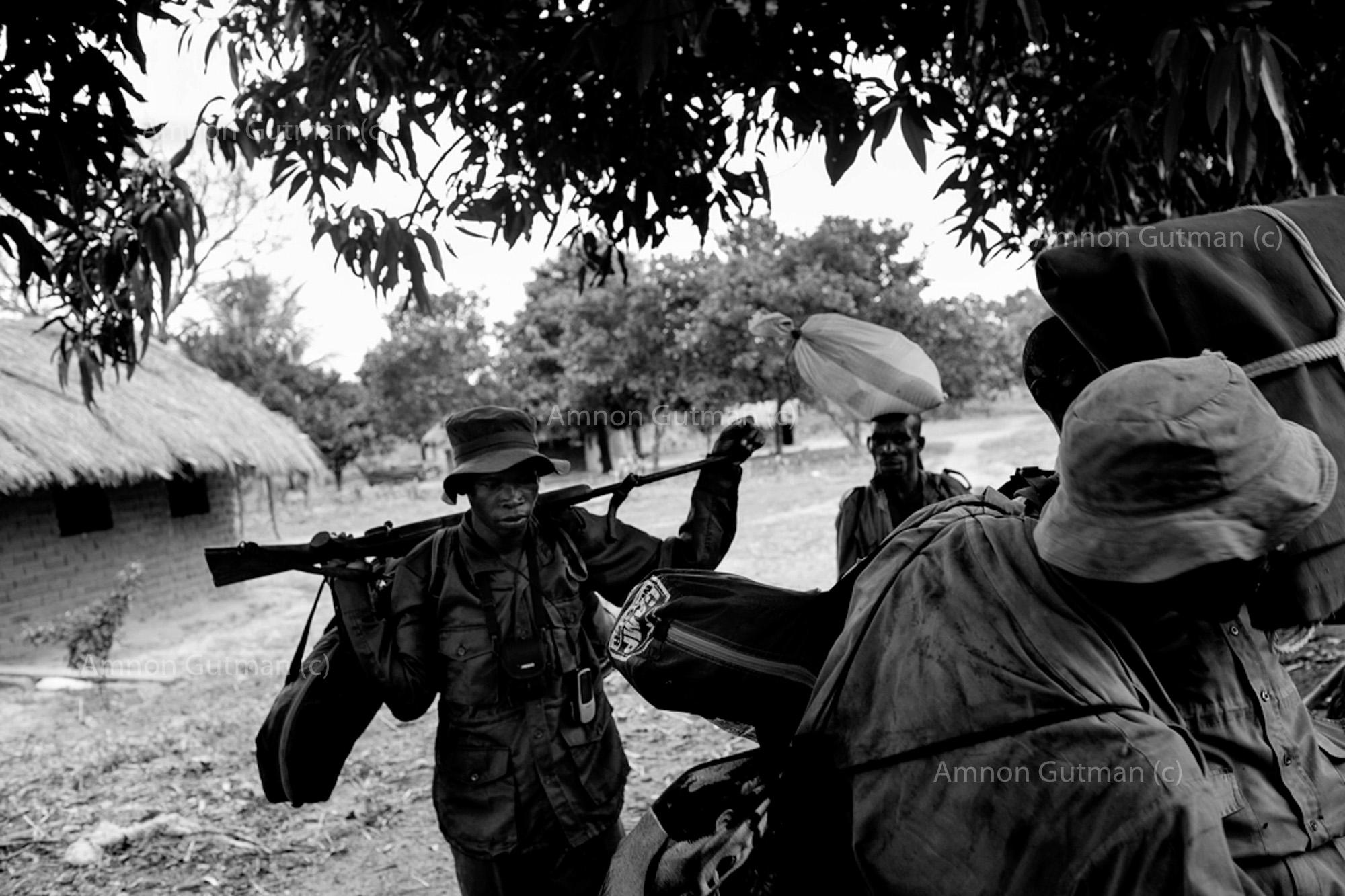 Captions
Patrolling local villages and farms which are located at the outskirts of the park area. 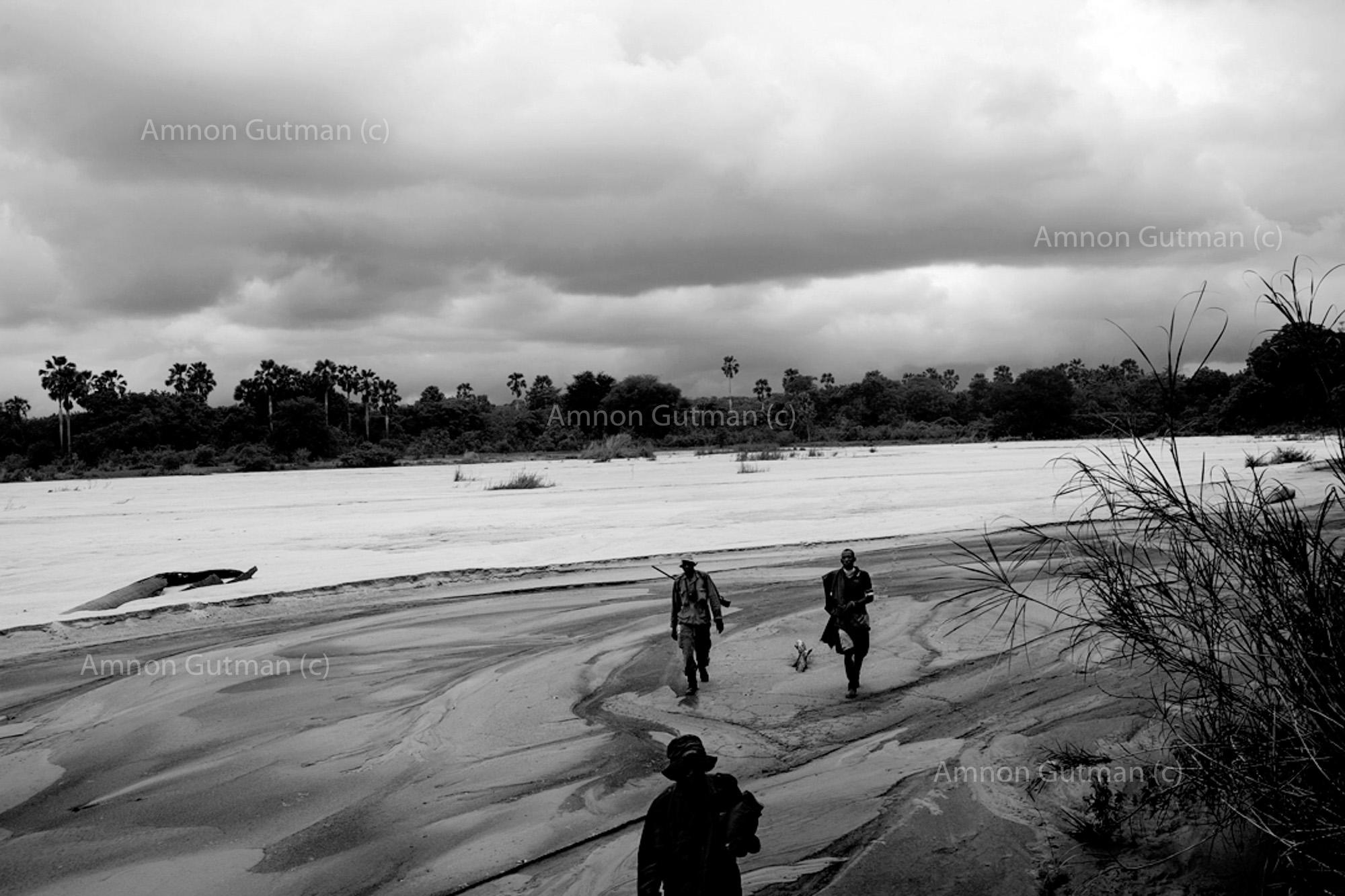 Captions
Scouts leading a Sokuma tribe's man, whom they arrested after he was illegally poaching and hunting in the park area, to Nalika headquarters located in Milonde village. 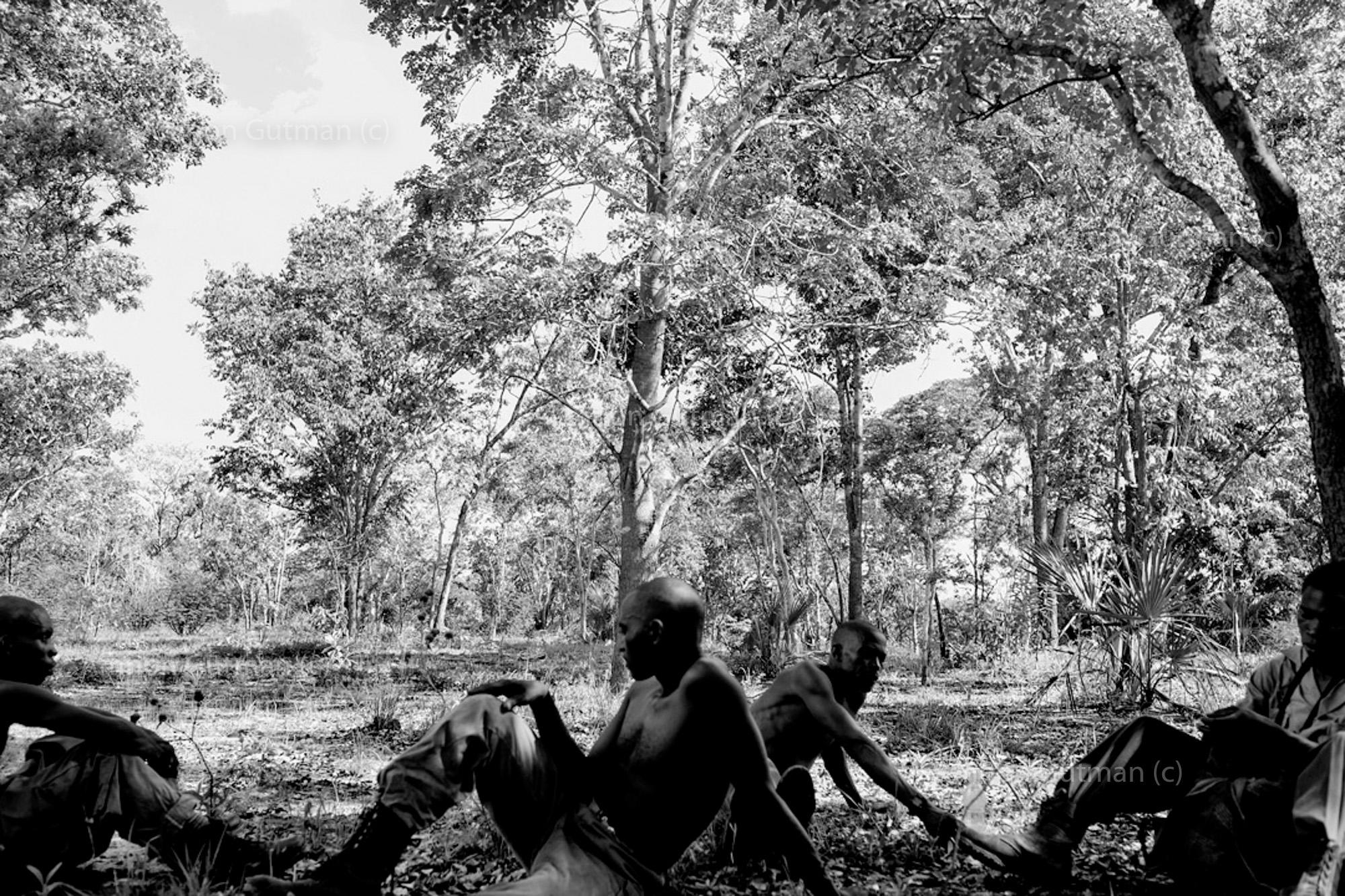 Captions
Taking a rest during a long day of patrolling the the park area. 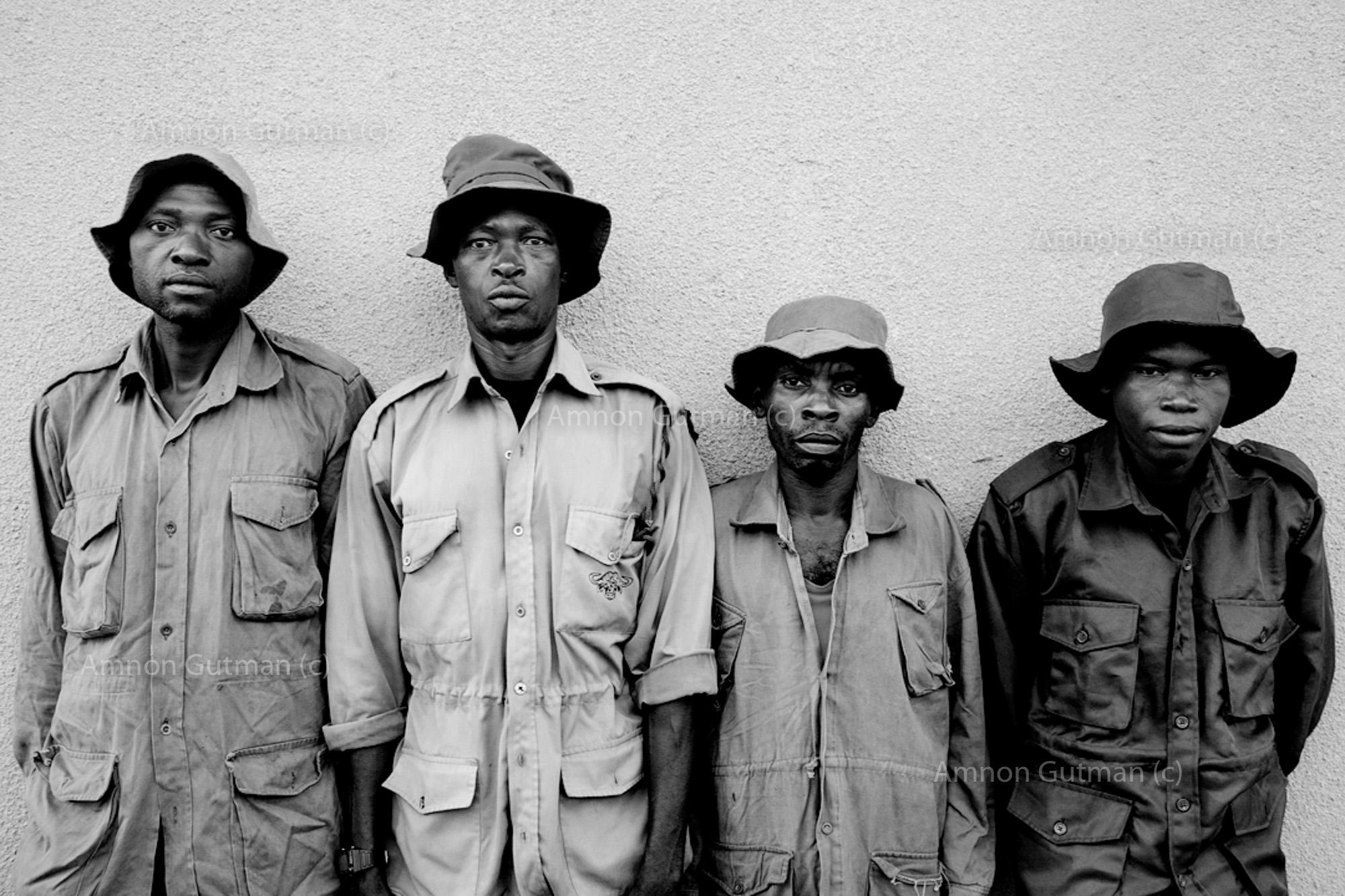 Captions
The four scouts at the end of a two weeks patrol, at Nalika headquarters located in Milonde village.